‘Landy’ Teller Jr. among those honored by UM School of Law

OXFORD — Vicksburg’s Landman “Landy” Teller Jr. was among five alumni of the University of Mississippi School of Law recognized for their careers and support of the law school by their induction into the UM Law Alumni Hall of Fame.

Teller, a Vicksburg native, graduated from UM in 1963 with a double major in history and English. He earned his J.D. from the law school in 1965. During his time there, he was a member of the Mississippi Law Journal.

Upon graduation, he served as a captain in the Judge Advocate General Corps with the U.S. Army in Fort Totten, N.Y. and Fort Riley, Kan.

He returned to Vicksburg in 1968 to practice law. 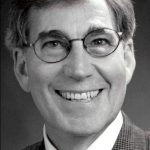 He served as president of the Warren County Bar, chairman of the professionalism committee for the Mississippi Bar, president and fellow of the Mississippi Bar Foundation and fellow of the American Bar Foundation and the American College of Trial Lawyers. He also was a member of the International Association of Defense Counsel.

Teller also served as a member of the Ole Miss Alumni Association’s board of directors, president of the association’s Law Alumni Chapter and chairman of the Lamar Order.

He also loved his hometown and spent many years volunteering.

He served as president of the Vicksburg-Warren Chamber of Commerce, Vicksburg Jaycees, Rotary Club of Vicksburg and the Vicksburg YMCA. He also volunteered with the United Way, Easter Seals, Boy Scouts of America, the Heart Fund and Friends of Vicksburg National Military Park.

Teller was also founding member of the Southern Cultural Heritage Foundation in Vicksburg.