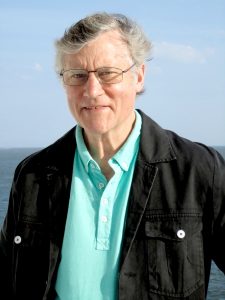 “It is an incredible privilege and honor to welcome Mr. William “Bill” Ferris to the Mississippi Blues Trail with his very own marker,” J. Kempf Poole, chairman of the Mississippi Blues Commission, said. “His passion for African American studies and Folklore and Culture naturally included the roots of Blues music that was born here in Mississippi.  Bill is a Mississippi son and recognized as a renowned professor, author, and now a Grammy award winner.  How fitting to receive the Grammy alongside the many Blues artists he has chronicled over his career.”

“It is a great honor to have a Mississippi Blues Trail Marker in Vicksburg recognize my work on Blues,” Ferris said. “Vicksburg has enriched my life in more ways than I can count, and I am forever grateful for the support friends and family have given me over the years.”

Ferris recently received two Grammy Awards for “Voices of Mississippi: Artists and Musicians Documented by William Ferris” for best historical album and best album notes. The 120-page book covers three decades of Ferris’s work and, as a result, he said, connects the otherwise disparate voices of musicians, artists and storytellers he’s worked with over the years.

Ferris has written and edited 10 books and created 15 documentary films, most of which deal with African-American music and other folklore representing the Mississippi Delta.

He co-edited the Pulitzer Prize nominee Encyclopedia of Southern Culture (UNC Press, 1989), which contains entries on every aspect of Southern culture and is widely recognized as a major reference work linking popular, folk, and academic cultures.

Ferris is a professor of history at UNC–Chapel Hill and an adjunct professor in the curriculum in folklore. He is associate director of the Center for the Study of the American South and is widely recognized as a leader in Southern studies, African-American music and folklore.

He is the former chairman of the National Endowment for the Humanities. Prior to his role at NEH, Ferris served as the founding director of the Center for the Study of Southern Culture at the University of Mississippi, where he was a faculty member for 18 years.

The Vicksburg Convention and Visitors Bureau nominated Ferris for the Mississippi Blues Trail and the marker is sponsored by the City of Vicksburg.

City partners with firm to help with disaster recovery…