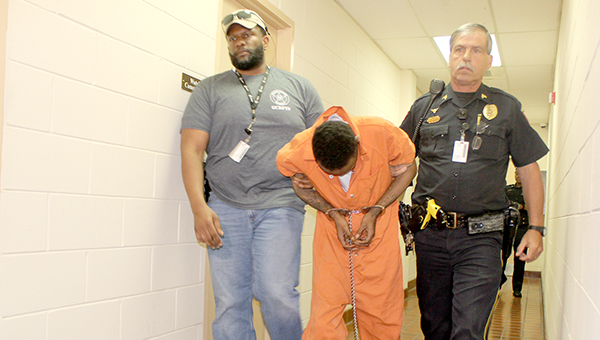 Bond has been set at $1 million for a Vicksburg man charged with murder in the 2018 shooting death of another man.

Tillis is accused in the May 6, 2018, murder of Cortez Denzell Hardy. Police arrested Tillis Friday.

According to police reports, police responding to a shooting call at a home in the 1300 block of South Street the morning of May 6 found Hardy critically injured in the home.

Hardy was taken to Merit Health River Region, where he later died.

Tillis is also charged with shooting into an occupied dwelling involving a May 13, 2018, shooting incident where multiple shots were fired into a home in the 900 block of Wabash Street. No one was injured in that incident.

After a lengthy investigation, evidence led investigators to charge Tillis with Hardy’s murder and with shooting into the occupied dwelling on Wabash Street.

Police said the investigation is continuing and more arrests are expected in the cases.

Anyone with additional information on these crimes, is urged to call CrimeStoppers at 601-355-TIPS (8477) or log on to www.centralmscrimestoppers.com. Information can also be called in to the Vicksburg Police Criminal Investigation at 601-636-2511 ext. 320.