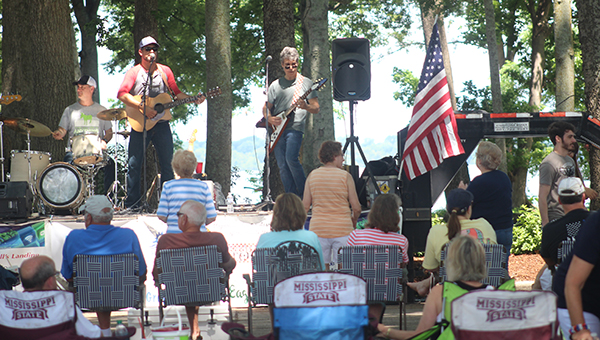 With no end in sight to the backwater flooding, the residents of Eagle Lake have had to reschedule Lake Fest at Eagle Lake.

“Everything else will remain the same, just the date has changed,” Lake Fest chairperson Linda Banchetti said.

This will be the seventh year the association has held a fundraiser, Banchetti said, with funds going towards community projects.

Before reaching the decision to move the event to Labor Day weekend, Banchetti said, the Lake Fest board discussed having it on the Fourth of July weekend, but was not confident floodwaters would have receded by then.

“We don’t know where we are going to be in the next month or two months, the water is so crazy,” she said.

After looking over college football schedules, the board considered the August date and finally decided to hold it during the long, holiday weekend.

Before reaching that decision, however, Banchetti said she had already begun reaching out to those who would be providing the entertainment and vendors to let them know Lake Fest would not be happening in May.

Funds from Lake Fest at Eagle Lake, Banchetti said, include maintaining the group’s website and insurance, as well as covering event costs such as paying for the musicians.

“We also had two families that were burned out this year, and we gave them a fairly large donation to help them out,” she said.

Over the years, more than 1,000 people have turned out for the free event, which includes food, a flea market and live entertainment provided by Ben Dew and The Chill. A Kids Fest will be held in conjunction and feature a bounce house, games and prizes. Vendor spaces for the flea market are also available.