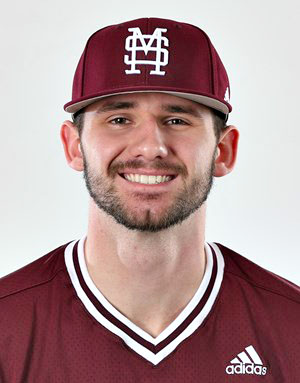 COLLEGE STATION, Texas — Ethan Small got Mississippi State off to a nearly perfect start to the weekend.

Small pitched seven no-hit innings and only walked one batter to lead the Bulldogs to a 4-0 victory Friday over Texas A&M in the opener of a three-game series between the Southeastern Conference rivals.

Small struck out eight batters and retired the first 19 he faced. His bid for Mississippi State’s first perfect game in more than a century ended when he hit Bryce Blaum with a pitch with one out in the seventh inning. He also walked the next batter, Zach DeLoach, before escaping the jam.

Small threw 108 pitches through seven innings and did not come back out for the eighth.

“It felt pretty good. In the bullpen it kind of felt like the ball was coming out of my hand a little more live than normal,” Small said of his outing. “I probably have the heat to thank for that, I was a little bit looser. The big thing for me was I kind of felt like I have all three (pitches) working coming out of the bullpen. Sticking with the fastball early has been working for me and then going (to my other pitches) when I see they are taking good swings at (my fastball).”

Reliever Jared Liebelt retired the first two batters in the bottom of the eighth and then gave up a double to Ty Coleman to break up the no-hitter.
Liebelt got Aaron Walters to fly out to end the inning, then retired the side in order in the ninth.

It was also Mississippi State’s first one-hitter since 2011 and first road shutout since 2016.

Offensively, Mississippi State (37-9, 14-8 SEC) scored two runs in the fourth and two more in the eighth.

Rowdey Jordan hit a sacrifice fly and Dustin Skelton an RBI double in the fourth inning. Justin Foscue singled in two runs in the eighth and finished 2-for-4 with two RBIs and one run scored.

The series was scheduled to start Thursday, but the opener was pushed back a day because of rain. The Bulldogs and Aggies (31-16-1, 11-10-1) finish the series with a doubleheader Saturday starting at 2 p.m. The first game will be televised on the SEC Network. Both games will be seven-inning contests.

Florida Atlantic (31-14, 16-6 C-USA) scored six of its eight runs in the last three innings. Andru Summerall’s RBI single in the eight gave the Owls a 5-4 lead and they never trailed again.

With the win, Florida Atlantic moved within a game of Southern Miss for first place in Conference USA. The three-game series continues Saturday at 2 p.m. and Sunday at 1 p.m. at Pete Taylor Park.