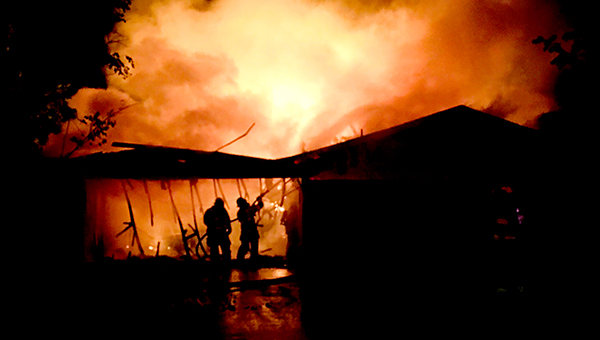 Firefighters with the Vicksburg Fire Department battle a house fire Tuesday night on Alfred Drive. No one was injured in the blaze.

A malfunctioning clothes dryer was the cause of a Tuesday night fire that heavily damaged a home at 122 Alfred Drive.

Vicksburg Fire Chief Craig Danczyk said the fire, which was called in at 8:44 p.m., started in the dryer, damaging the laundry room of the house. It spread to the attic and then to the rest of the house. He said the occupants of the house escaped without injury and no firefighters were injured.

Danczyk said the fire also burned through a power line going to the home, forcing firefighters to work around the live electrical line, and a nearby house had heat damage from the fire.