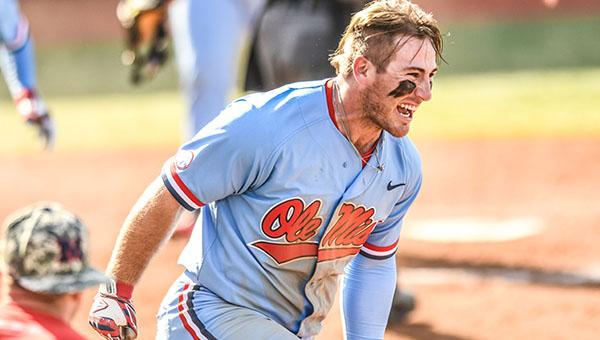 A couple of weeks ago, Ole Miss and Mississippi State played for fun. This time, it counts for a whole lot more.

The Rebels and Bulldogs open a critical three-game series in Oxford on Friday night. With only two weekends left in the regular season and the standings heavily congested, the winner will separate themselves in the race for a first-round bye in the Southeastern Conference Tournament and the right to host a regional in the NCAA Tournament.

“It’s that pride factor of being from Mississippi. Every SEC series is huge, but there’s always that little extra factor when you’re playing Mississippi State,” Ole Miss center fielder Thomas Dillard said. “You just have to go out there and compete. It’s a really fun series to be a part of so I’m looking forward to it this weekend.”

The Mississippi rivals are tied for second place, two games behind Arkansas and one ahead of LSU. Arkansas and LSU also play each other this weekend, so by Sunday evening the standings could look radically different than they do when the first pitch is thrown on Friday.

The top four teams in the conference get a bye in the SEC Tournament and avoid a first-round single-elimination game. Vanderbilt (39-9, 18-6) is likely to get one of the byes, leaving three up for grabs among the four frontrunners in the West and Georgia (37-13, 16-8) in the East.

Both teams are coming into this series on a roll, after a midseason lull.
Mississippi State was swept by Arkansas three weeks ago but has won seven of its eight games since. The one loss was a 1-0 defeat against Texas A&M last weekend.

The Bulldogs rallied from a 7-0 deficit to beat Memphis 10-9 on Wednesday. Their hot streak started, coincidentally, with an 8-1 rout of Ole Miss in the annual Governor’s Cup game in Pearl on April 23.

Ole Miss has won five of its last six SEC games after dropping two series in a row. It took two out of three from LSU last weekend for its first series win in Baton Rouge since 1982.

Now the Rebels will try to end another streak. They haven’t won a series against Mississippi State since sweeping at home in 2015. Including the Governor’s Cup games that don’t count in the conference standings, Ole Miss is 2-11 against the Bulldogs over the past four seasons.

With pride — both personal and state — on the line, plus everything else, it promises to be an intense atmosphere when about 35,000 fans pack Swayze Field this weekend.

“Since my class got here, we haven’t had too much success against State. So we want to go out there and make a statement,” Ole Miss designated hitter Cole Zabowski said. “If you live in Mississippi, you’re either a State fan or an Ole Miss fan. That kind of carries over into us as players. When we’re in the locker room, you can feel that competitiveness coming out.” 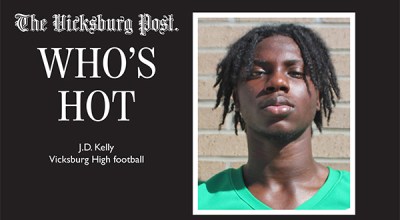