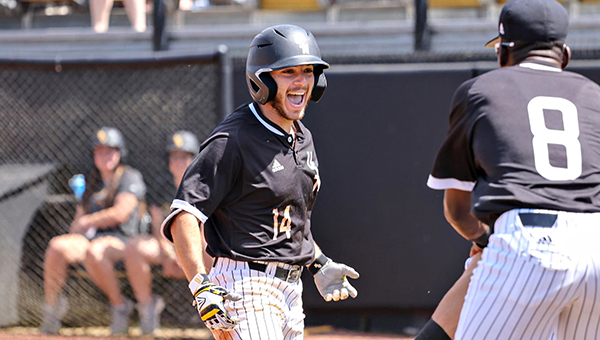 Southern Miss managed to escape last weekend with its lead atop the Conference USA standings intact.

That hardly means its work is done.

Southern Miss came out on the short end of its head-to-head showdown with Florida Atlantic last weekend. The Owls won the first two games to pull into a tie for first place, but Cole Donaldson’s walk-off RBI single in Sunday’s finale gave Southern Miss an 8-7 victory and a one-game lead in the standings.

“It just had to be looked at as a championship Sunday,” Southern Miss coach Scott Berry said after Sunday’s win over FAU. “One team was going to walk away with first place in the conference and the other one was going away in second place. So, in a sense, that was a championship feeling, and I think you saw that in the play of both clubs.”

The race for the C-USA regular-season championship is down to two teams with two weeks left.

Both Southern Miss and Florida Atlantic are three games clear of third-place Western Kentucky, and are the only two teams to have clinched spots in the C-USA tournament May 22-26 in Biloxi.

Southern Miss closes out the regular season with series this weekend at Rice and next weekend at home against last-place UAB. It has won the last three series with Rice (21-27, 12-12), but there has not been a sweep by either team since 2006.

Florida Atlantic plays on the road at UTSA this weekend and finishes at home against Middle Tennessee, both of which are in the bottom half of the standings.

The last two weekends could also determine a lot more than just seeding for the C-USA tournament and regular-season trophy.

Florida Atlantic is currently No. 35 in the NCAA’s RPI rankings and Southern Miss is 39th. That could put both teams on the bubble for an NCAA Tournament berth, and a regular-season title could be an asset in their case to the selection committee.

At the very least, Berry said Sunday’s win over FAU was crucial to avoid having a late-season sweep on the Golden Eagles’ resumé.

“That was major,” Berry told the Biloxi Sun-Herald. “Certainly with where we are trying to be with our RPI and trying to put ourselves in position for postseason play, it would not have been good to have got swept.”