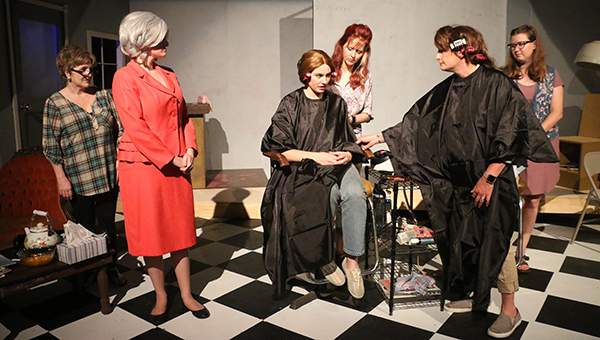 However, before it became a blockbuster hit, it was a stage play, and beginning at 7:30 p.m. Wednesday, the Westside Theater Foundation will present Robert Harling’s “Steel Magnolias.”

The story is based on a true account of the playwright’s sister, Susan, who died of type 1 diabetes two years after giving birth to her son.

“Harling wrote the play as a way to cope with her death,” Stacie Schrader said, as well as a means for his nephew to know how special his mom was.

Schrader is serving as the director of the local production and is also cast in the show.

The first time the VTG offered the play was about six years, ago, and Schrader said she portrayed the role of Shelby, who is the character that is Harling’s sister.

In this performance, Schrader said she plays M’Lynn, Shelby’s mother.

Schrader said the reason in offering “Steel Magnolias” at the WTF for a second time was two fold.

“The cast had been talking to Jack (Burns, who is the show’s producer) about wanting to do the play,” Schrader said, and also because of the anniversary of the release of the movie.

In addition to Schrader, cast members are Renee’ Irons who plays Ouiser, Eleana Davis who plays Clairee, Jai Dobson who plays Truvy Jones, Tori East who plays Annelle and Alexandria Richardson who is cast as Shelby.

“My favorite thing about the show is that it is an all female cast and there is no lead role,” Schrader said, meaning all of the cast members have about the same number of lines in the show.

There are some differences in the movie and stage production, Schrader said, one of which is in the play the entire show is set in Truvy Jones’ beauty shop.

“But all the great lines from the movie are in the play,” Schrader added.

In addition to the opening night’s show, which will begin at 7:30 p.m., “Steel Magnolias,” will also be offered at 7:30 p.m. Thursday, Friday and Saturday.

A matinee performance will also be offered beginning at 2 p.m. Sunday.

All shows will be held at the Strand Theatre, 717 Clay St.

Tickets are $15 in advance at the Highway 61 Coffeehouse or online at BrownPaperTickets.com or $20 at the door. 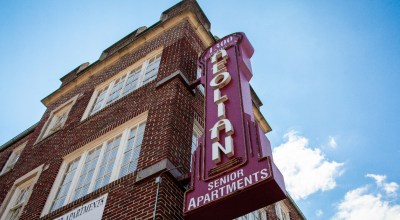 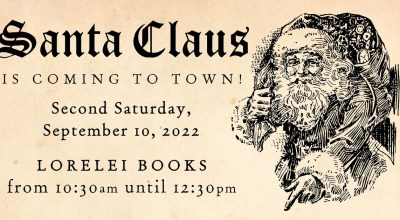 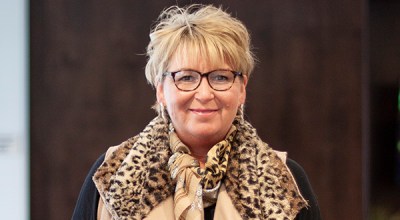 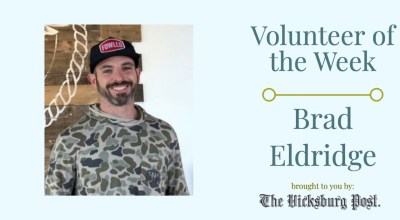 VOLUNTEER OF THE WEEK: Brad Eldridge is just doing his part