Mississippi native Riley called up by the Braves 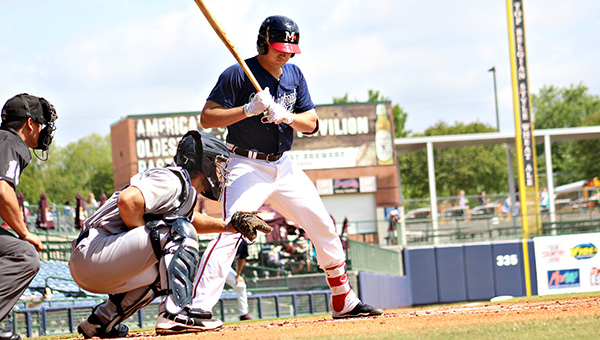 Austin Riley watches a pitch come across the plate while playing for the Mississippi Braves last season. Riley, a Mississippi native and first-round draft pick in 2015, was called up to the majors by the Atlanta Braves on Wednesday. (Ernest Bowker/The Vicksburg Post)

The team announced the moves before Wednesday’s game against St. Louis.
Inciarte was hitting just .218 and bothered by a sore back. Ronald Acuña Jr. will move over to play center field, giving Riley a chance to get extensive time in left. He was in the starting lineup, batting sixth and set to make his big league debut.

Riley was hitting .299 and leading the International League with 15 homers and 39 RBIs. Normally a third baseman, he recently started three straight games in left field for Triple-A Gwinnett.

The Mississippi native was selected in the first round of the 2015 MLB draft, 41st overall, out of DeSoto Central High School. He played for the Double-A Mississippi Braves in parts of the 2017 and 2018 seasons.

Biddle was let go after surrendering three runs in one-third of an inning Tuesday night in a 14-3 loss to the Cardinals. The left-hander was out of options and had a 5.40 ERA in 15 appearances.