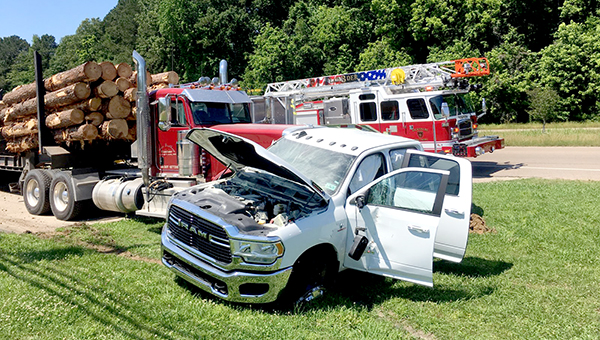 Three people were injured Wednesday in a two-vehicle wreck Wednesday morning involving a pickup truck and a log truck on U.S. 61 North.

Three people were injured Wednesday about 10:53 a.m. in a two-vehicle wreck involving a pickup truck and a log truck on U.S. 61 North, according to information from the Vicksburg Fire Department.

The wreck occurred in front of Super Lube near Toney’s Restaurant. All three people were taken to Merit Health River Region for treatment. Further information on their condition or the wreck were unavailable.