Six injured in I-20 wreck 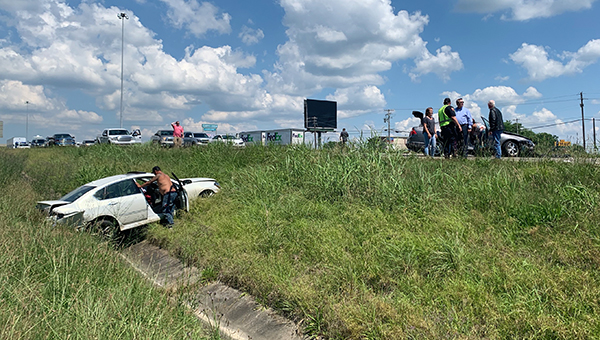 Injuries have been reported in a five-car accident on Interstate 20 westbound. (Courtland Wells | The Vicksburg Post)

Six people were injured, with three of those being transported to Merit Health River Region for treatment, following a Thursday afternoon wreck on Interstate 20 westbound.

The wreck, which happened after 2:30 p.m. Thursday, appears to be the result of a vehicle traveling the wrong way on the interstate.

Witnesses said a white sedan went down the off ramp on Halls Ferry Road and began traveling east on westbound I-20. It traveled all the way to the Wisconsin Avenue overpass before it collided head on with a grey sedan. An 18-wheeler and another vehicle were also caught up in the wreck.

After the collision, the white sedan appeared to speed away backward, going down the embankment between the interstate and North Frontage Road, where it came to rest in the ditch.

While emergency officials responded, motorists raced to check on those injured in the accident, which included the drivers of both the white and grey sedans. Traffic along the interstate was also shut down because of the accident, leading to lengthy traffic back-ups and delays.

Chief Craig Danczyk with the Vicksburg Fire Department said first responders attended to six individuals injured in the wreck. Three of those were transported to Merit Health River Region, while three others refused treatment.