Mark the Memorial Day weekend with a ‘thanks’

Monday, as we all know, is Memorial Day; a day set aside to for us to remember not only those who gave their lives to protect our freedom, but those who are in faraway places and at home striving to maintain that freedom.

Sometimes it seems ironic that we in the south should be celebrating a day that was first established in Waterloo, N.Y., May 5, 1866 to honor Union soldiers who gave their lives in the then-recently ended Civil War, but on the other hand, I’m glad we do. Honoring those — living and dead, black or white — who had the courage to take a stand for what they believed in should not be relegated to one individual group.

As I’ve written before, I carry my Memorial Day every day on the ring finger of my right hand, the engraving has my father’s name, “United State Army,” and images of the equipment he carried as a combat medic in World War II. Like most veterans, he would never consider himself a hero; just a guy who answered the call to defend his country like thousands of others.

Over the years, I’ve had the opportunity to meet and interview a lot of heroes.

Men who were at Pearl Harbor, who hit the Normandy beaches, fought at Iwo Jima and Roi Namur, and fought in the Battle of the Bulge and in Korea and Vietnam.

My favorite interview was with six Bataan Death March survivors in 2001. In 2005, I had the opportunity to meet Sen. John McCain. Sorry, Donald, these are real heroes, they went through a hell none of us could ever envision and survived.

I remember touring the “Traveling Wall,” a re-creation of the Vietnam Memorial that moved from state to state, in Baton Rouge. I asked a Vietnam vet I knew if he was going to look at the wall. “No,” he said, and then pointed to his head. “My wall is right here.”

I never served in the military, the result of a condition I still have today, high blood pressure, but from my experience covering National Guard units and the Navy, I’ve learned to appreciate what these soldiers and sailors do, not only in combat situations, or on deployments across the world, but also in times of natural disasters. I’ve watched Guardsmen, Seabees and others in uniform help people after floods and hurricanes.

These men and women deserve our respect and our appreciation.

And while we’re at it, let’s not forget another group of men and women in our community — the police, firefighters, paramedics an emergency communications dispatchers who are working this Memorial Day to ensure we all have a safe holiday.

So while you’re out this holiday weekend, whether you’re at a picnic, barbeque, enjoying the Mississippi Symphony, or just taking it easy, remember the people who are responsible for ensuring we have a holiday. If you see a vet or a first responder, tell them, “Thanks.”

Have a happy and safe Memorial Day.

John Surratt is a reporter with The Vicksburg Post. He can be reached at john.surratt@vicksburgpost.com. 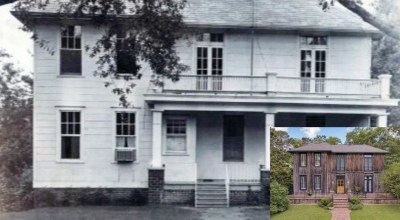