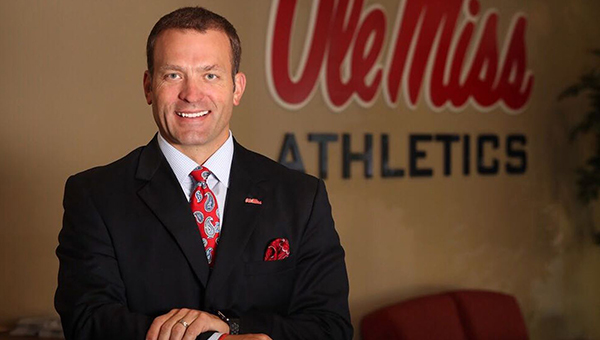 Bjork, who is the athletic director at Ole Miss, will take over for Scott Woodward, who left for the same job at LSU last month.

Bjork won’t start at Texas A&M until July 8 and R.C. Slocum will remain the interim athletic director until then before transitioning back to special assistant to the president of the university.

Bjork has been the AD at Ole Miss since 2012. He helped the department increase its revenue from $57 million to $117 million.

“Ross has been an outstanding leader of Ole Miss Athletics. Our programs and our university are stronger for his service to Rebel Nation,” Ole Miss interim chancellor Larry Sparks said in a statement. “Under Ross’s direction, we won SEC and national championships and improved our athletics facilities significantly while, at the same time, our student-athletes have achieved unprecedented success in the classroom. I’ve enjoyed working with Ross a great deal, and wish him nothing but the best in his future endeavors.”