Strelzoff’s STAR is a credit to her hard work 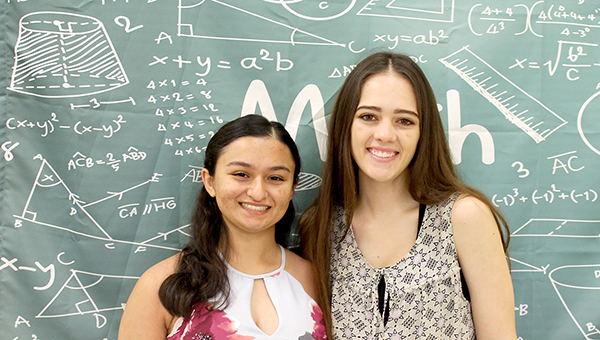 For Laurel Strelzoff this is what made it possible for her to be named St. Aloysius High School’s STAR Student for the class of 2019.

“When I found out I had been named STAR Student I was proud of myself and happy that all the hard work had paid off,” Strelzoff said.

In an effort to receive her best score, Strelzoff said, she took practice tests and found guides online.

“I took a test prep class taught by Bruce Ebersole and Chesley Lambiotte, and we took tests once a week for half a year. I also took practice tests in the week leading up to each ACT,” Strelzoff said, which was six times.

Strelzoff credited these teachers along with her dad and the teacher she chose as her STAR Teacher for helping her achieve her best possible score.

“My star Teacher is Danielle Bergeron, she taught me honors Algebra III and Calculus. I chose her because she’s always helpful if I’m struggling in class, she’s a great teacher, and she has helped me study for ACT math,” Strelzoff said.

“I was completely surprised when Laurel asked me to be her STAR teacher,” Bergeron said.

“This is only my second year teaching and being so new, I am still learning each and every day. I have a long way to go before I am half as good as other teachers here at St. Al,” she said, adding, “Being STAR teacher has been such a wonderful experience and I feel beyond grateful and honored. To be recognized by one of my students means the world to me. It gave me the affirmation that teaching is the right career path for me, and it made me want to work harder toward being a better teacher.”

“She has worked incredibly hard for all her achievements and I consider it a privilege to have taught someone like Laurel Strelzoff. She is going to do amazing things,” Bergeron said.