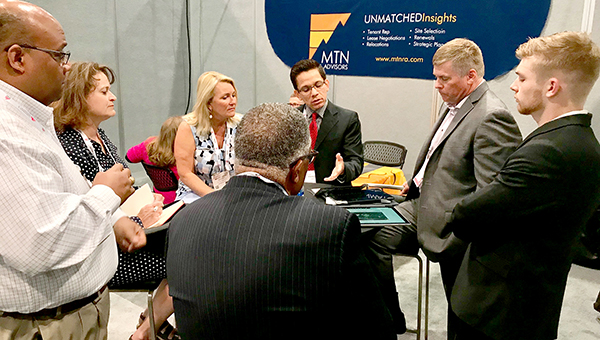 A delegation representing the City of Vicksburg attended the International Council of Shopping Centers show in Las Vegas in May 2019. The delegation was led by Vicksburg Mayor George Flaggs Jr. and Vicksburg Warren Economic Development Partnership president and CEO Pablo Diaz. (Submitted Photo)

Economic and city government leaders completed a trip to Las Vegas Wednesday with the hopes of recruiting retail businesses to Vicksburg and understanding the recent trends in retail.

A delegation representing Vicksburg attended the annual International Council of Shopping Centers show, where they met with a number of national retailers and promoted the retail market in the Vicksburg trade area.

The trip was part of Mayor George Flaggs Jr.’s emphasis on increasing the number of retail projects for the city, and as a result, increase the city’s tax revenues.

“We had an incredibly successful trip. We confirmed some important deals, which we expect to be able to speak about publicly in the near future,” Flaggs said. “We met with brokers and representatives from national retailers and with real estate and retail development firms.”

The ICSC is the largest retail show in the country with an estimated 30,000 attendees, who come to the show to identify opportunities, learn about trends in the retail industry and work toward closing deals.

“On this effort, we worked very closely with the Vicksburg Warren Economic Development Partnership to produce new and much-improved marketing materials; additionally, we assembled a team that allowed us to fully represent to prospects the exciting retail opportunities in our community.”

During the conference, communities learned what strategies work to  support the retail sectors in their regions.

“This was a very productive show not only because we confirmed some important investments for the area, but also because we planted the seeds for other projects that could develop in the coming months,” Diaz said. “After this conference and what we learned, we have a lot of work to do to modify our community strategy as far as retail retention and development is concerned. We plan to start that work immediately.”

Diaz said the conference is crucial for continued retail development in Vicksburg.

“ICSC is the world’s largest retail show and the place to be if you are serious about generating project leads, learning creative ways to increase retail activity in your market and more importantly, close deals that will create jobs and generate investments and tax revenues for Vicksburg,” he said. 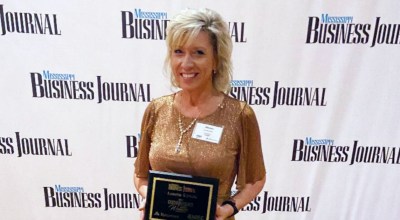