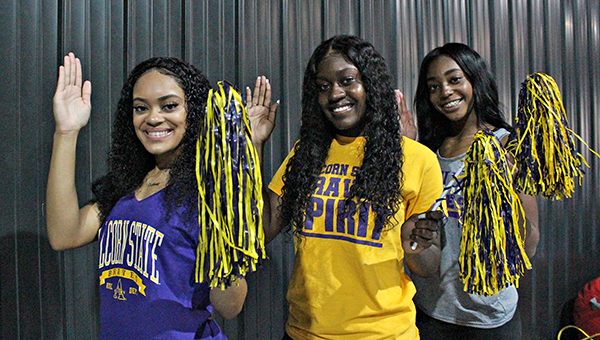 For as long as they can remember, Jordan Davis, Destiney Swartz and Alyshia Moore have wanted to be cheerleaders at Alcorn State University.

They grew up going to games. They loved the atmosphere of the school and Historically Black Colleges and Universities in general. And, of course, they loved cheerleading.

When the time came to go for it, they didn’t miss their shot.

The three Vicksburg residents and incoming Alcorn freshmen tried out for the school’s co-ed cheerleading squad in April and were among 10 newcomers picked for the 22-person team.

Among the 12 returning members are Vicksburg natives Jazmin Green and Ashley Jones.

“I’ve been wanting to do this since I was a little girl. To actually be on the team is a dream come true,” Davis said. “I’ve been cheering since I was little. Just to be on their team, it’s another level. You get to learn and experience new things.” 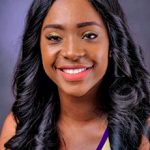 Davis gave up a chance to excel in another sport to live out her dream. Alcorn’s cheer tryouts were the same day as the MHSAA Class 5A North State track and field meet, the next-to-last leg of that sport’s postseason. Davis qualified to compete in the long jump, triple jump, 100 meter hurdles and 300 meter hurdles, and was a favorite to advance to the state meet in several of them.

Instead, she made the difficult decision to skip the track meet and head to Lorman for the tryouts.

“I’m very glad I made the team. It was a hard decision,” Davis said. “But this is the next step. It’s college. I couldn’t miss that.”

Swartz and Moore did not have a schedule conflict, and as a result had a no-brainer of a decision. They both said family connections — a number of relatives are alumni — led them to Alcorn, and a passion for cheerleading led to a desire to reach another level.

Besides performing at football and basketball games, college cheerleaders often attend competitions featuring high-energy routines. A lifetime of training for a college team has included years of tumbling, gymnastics and dance classes for the three Vicksburg newcomers, as well as specialized training in cheerleading stunts and routines. 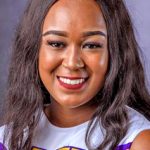 “I always wanted to cheer at an HBCU, and both of my parents are (Alcorn) alumni. I knew for a fact I wanted to cheer in college once I made the junior high team,” Swartz said.

Moore had a similar thought.

“I’ve got a lot of Alcornites in my family,” Moore said. “My junior year, I knew I wanted to be an Alcorn cheerleader and I put my mind to it.”

Once at the tryouts, the Vicksburgers had plenty of work to do to prove themselves. More than 60 men and women attended the tryouts, vying for 22 roster spots.

The tryouts included interviews and physical tests. The candidates had to show their skill in tumbling, jumps and group stunts. Davis, Swartz and Moore said they knew some of what to expect from working with Green and Jones.

“They came down and helped us with some camps. They hosted cheer clinics and stunt camps. We were more prepared because of that,” Davis said.

The Vicksburg trio felt like they’d done well at the tryouts, but said they still weren’t 100 percent sure until the final roster was announced.

“I knew I had made it. I just wanted that paper to prove it,” Moore said with a laugh.

The new cheerleaders will report to campus later this summer, but still have plenty of work to do before then. They must work out regularly to stay in top shape, and learn the cheers and stunts for their new team.

All three will by “flyers,” those cheerleaders who are thrown into the air and caught by the ones below, or who stand atop pyramids. That is also a new role that will take some getting used to.

“I was a flyer a while back and I did it for the first time at the Alcorn cheer tryouts. It’s a strong suit for me. I just don’t work it as much,” Davis said.
Swartz said she’ll have to work on her dancing.

“It’s not really hard, it’s just new,” Swartz said. “Tumbling has always been easy for me. Dances are difficult for me.”

One thing that isn’t difficult, it seems, is schoolwork. All three cheerleaders have a 4.0 GPA. Swartz plans to major in agriculture, Davis in computer science, and Moore in biochemistry and pre-med.

“When we get to Alcorn we’re going to have to be good with our time management, with classes and practices, and be at the best of our ability at games,” Davis said.