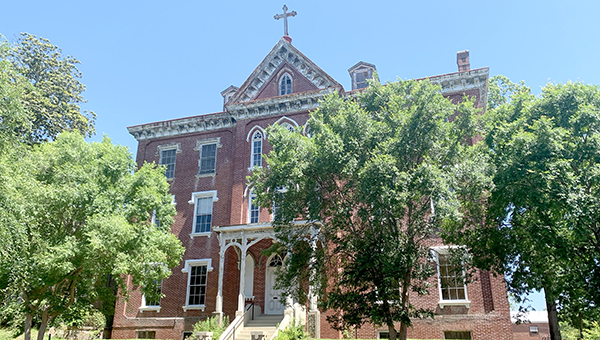 Vicksburg is known for its historical significance.

Not only was it a key city during the War Between The States, the River City was also a community where immigrants from all cultures arrived, opened business and made Vicksburg their home.

It has been this heritage that sets Vicksburg apart from other communities, and in an effort to help preserve this history, the Southern Cultural Heritage Foundation was formed.

This year will mark the foundation’s 25th anniversary and to celebrate, several special happenings have been planned SCHC Executive Director Stacey Mahoney said.

The first will be a summer Classics in the Courtyard Happy Hour.

“Our community always looks forward to our original Classics in the Courtyard concert series in the fall,” Mahoney said, so a summer edition was scheduled.

The concerts will take place from 5:30-7:30 p.m. one Thursday each month for the months of June, July, August and September.

Also a book signing is in the works, Mahoney said, as well as a screening of “O Brother, Where Art Thou?,” a 2000 crime comedy film, which was partially filmed in the SCHC’s auditorium and starred George Clooney.

Nancy Bell, who is the executive director of the Vicksburg Foundation for Historic Preservation, is a founding member of the SCHF and is currently serving as the foundation’s president of the board, said, the idea of a cultural center in Vicksburg began when the Sisters of Mercy put the property, which was formerly the St. Francis Xavier Convent and Academy, up for sale.

With this being one of the most architecturally and historically significant city blocks in downtown Vicksburg, Bell said, the Vicksburg Foundation for Historic Preservation was concerned as to what would happen to the facility.

“After seeing a number of companies looking at it for low income housing, we (Vicksburg Foundation for Historic Preservation) purchased an option from the Sisters of Mercy and then tried to raise money and get others interested in the property,” Bell said.

Following the option to purchase, the group was able to secure a small grant from the National Trust for Historic Preservation, which allowed them to put together a business plan, Bell said.

“The business plan was to turn it into a cultural center,” she said, which would pay for itself through grants and rentals.

The plan was then submitted to the mayor and alderman in hopes they would purchase the property, so the group could proceed with the cultural center.

Bell said, the city did vote to purchase the property and through money invested from the city and donations, the foundation was able to hire its first director, become a 501c3 nonprofit organization and set up a board of directors.

“And we have been going great guns ever since,” Bell said, adding in 2001, the city of Vicksburg signed over the deed for the cultural center to the SCHF, which allowed the foundation to qualify for more substantial grant monies.

“The city still gives us a yearly donation, which we are very grateful,” Bell said.

“And now we have Stacey, and she had done a tremendous job,” Bell said.

Serving as an executive director of a nonprofit is not always the most lucrative job and for those who have held the position, this facility has to be in your soul and you have to fall in love with all the buildings, Bell said.

“This facility means a lot to me. I went to kindergarten through 6th grade in these buildings, so these buildings are very special to me, and to continue this foundation and center’s work and give things out to the community has been very rewarding,” Mahoney said.

Through its quarter of a century existence, the SCHC’s offerings have expanded and evolved into events the community can enjoy.

“We try to offer events that attract various groups from the community,” Mahoney said, which inevitably brings people together.

“I think the SCHC is a wonderful thing and I think it will continue to get better and better,” she said.

Classics in the Courtyard Happy Hour

This unique camp will allow children to discover art, dance, music and cuisine of three different cultures. The camp, which is open for ages six through 12, will run from 8 a.m. to noon June 10 – 14. Registration is $60 per child and includes all supplies and a daily snack. An all-day option is also available for $100 per child per week. Space is limited to 60 children and reservations are required.

The camp, which is open to ages four through nine, will include crafts, dress-up, dance, music, a pajama day, a unicorn day, a spa day, a water day and outdoor activities and games. Two sessions will be offered from 10 a. m. to 2 p.m. June 24 through 28 and July 22 through 26. The cost is $140 per session. Snacks will be provided and enrollment is limited.

The second annual event, which will include a 5K run and a 5K walk at night through downtown Vicksburg, will begin at the SCHC, 1302 Adams St. at 8 p.m. Saturday, June 29. Entry fees are $30, $15 for ages 12 and younger and $120 for corporate and civic club teams. Entry forms and complete event details are available by visiting www.southernculture.org. Entry forms and fees can be dropped off at SCHC Business Office, 601 Sports or mailed to SCHF, 1302 Adams Street, Vicksburg, MS 39180. Registration is also available online at www.RaceRoster.com. Race packet pick-up will be Friday, June 28 at the SCHC Auditorium from 10 a.m. until 5 p.m. and also before the race at the race site beginning at 6:30 p.m. A party will follow in the SCHC Courtyard and will include free food, drinks and live music. For those who would like to attend the party, but not race, entrance fees are $5 per person. Additional food and drink will be available for purchase.