Remember to be safe around the water 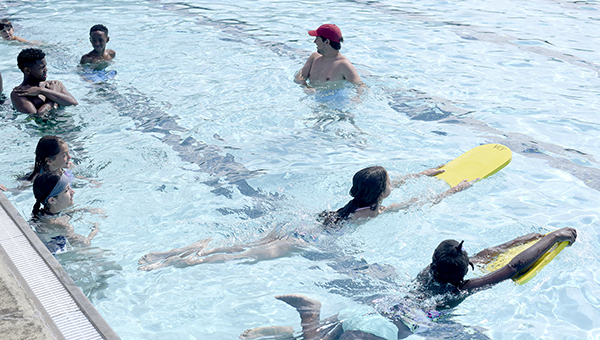 I pitched an idea last week to my editor on doing a story about water safety.

He gave me the go-a-head to write the piece, so I did.

With summer vacation upon us, I thought it would be prudent to remind folks that while being at the pool, hanging out at the lake or vacationing at the beach are fun, we must also remember to be safe when around water.

Last year’s tragic accident in which five–time Olympian skier Bode Miller and his wife, Morgan, lost their 19-month old daughter to a drowning accident was devastating for their family.

Seven weeks after “Emmy” died, Morgan Miller said in an a “Today” show interview that there had not been a day that had gone by she had not prayed for the opportunity to go back to that day and make things different.

This family’s loss should serve as a wakeup call to the rest of us at how diligent we should be when around a body of water, especially those with young children.

Children should be supervised at all times.

Take for instance, just this past weekend, my 3-year-old grandson made an unexpected splash into my parent’s pool. As a future Evel Knievel, he was running all around and crossed over a bridge my dad had built that goes from one side of the pool to the other.

While the bridge has tall railings for safety, “Evel” tripped and fell and in doing so knocked one of the rails loose, and he fell backwards into the water.

Thankfully, there were plenty of adults around to grab him out, but this is just one example of how something can happen in a flash.

Coincidentally, my daughter had already signed “Evel” and his older brother up for swim lessons, which will began in a week.

I have always been a big advocate for childhood swim lessons. My crew all took and my parents were diligent in making sure me and my brothers had plenty of swim lessons when we were young.

Good thing since a neighborhood pool was built right down the street from where we lived.

Although swimming lessons can serve as one safety measure for those of us who enjoy the water, using common sense and wearing safety vests are others.

When I was a teenager, sometimes my friends and I could get pretty rowdy playing at the pool. On one occasion, a fellow who was disgruntled with me because I had managed to knock him off his raft during a game we were playing tried to get even. He held my head below the water for what I thought was too long and to this day, I remember how frightening it was to be trapped under the water and unable to breathe.

Horseplay looks fun, but it can lead to mishaps.

And for all of you that like to fish, during my interview with the fire chief, he wanted me to let everyone know how important it is to wear a life vest when on the water.

He relayed to me a couple of his own experiences while on duty where he and his team had been called in for a rescue. Unfortunately, he said, the outcome had not been good.

Swimming has always been a favorite past time for me and while I hope I have not come across as too big of a wet blanket, I hope this column will serve as a reminder to be safe around water this summer.

LOOKING BACK: B.B. Club is but one branch of Vicksburg’s Jewish roots