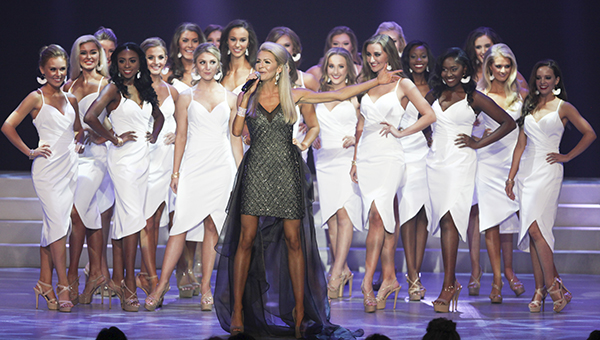 The Miss Mississippi Pageant will begin its 62nd year in Vicksburg Wednesday at the Vicksburg Convention Center.

This year, 45 contestants will be vying for the coveted crown.

Contestants’ performances will include singing, dance, pianists, baton twirling and other talents.

This year will also mark the first time the pageant has not had a swimsuit competition.

Last year prior to the 2018 Miss America Competition, it was decided by the Miss America Organization that women would not be judged on physical appearance and the swimsuit competition was eliminated.

While the decision caused some controversy, David Blackledge, chairman of the board and executive director of the Miss Mississippi Pageant, said it has not shown to be a negative factor for the organization.

“I just recently judged the Miss Alabama pageant and not having the swimsuit competition was not talked about much,” Blackledge said. “It seemed to be a smooth transition with the candidates and the pageant staff not having that competition.” Because the contestants will have one less phase of the competition, scoring from the judges will be altered.

In the past, contestants’ preliminary scores were comprised of five categories. A private interview accounted for 25 percent of the score, talent for 35 percent, swimsuit 15 percent, evening wear 20 percent and onstage question 5 percent.

The final night of the competition, the top 10 scoring contestants will re-compete. Their composite score from the preliminary rounds will count for 25 percent of their final total. The rest of the total will be 30 percent for talent, 25 percent for the onstage question and 20 percent for evening wear.

Also this year, the age requirement has increased. In the past, a contestant had to be between the ages of 18 and 25. Now, Blackledge said, a contestant could compete at 26 provided she does not turn 26 after Dec. 31.

This year the Miss Mississippi Pageant Corporation also decided to bring back the production aspect of the pageant using dancers and performers.

There will also be junior performers in addition to the princes and princesses this year.

The theme for the production is “What’s Up, TV?” Jasmine Murray, the 2014 Miss Mississippi, will return to the stage and serve as the emcee alongside Jonathan Brannan. Chandler Wells is also set to perform.

Preliminary competitions begin at 7 p.m. each night at the Vicksburg Convention Center and the final night and crowning begins at 8.

Tickets are $125 for all four nights of the pageant and are available online at missmississippipageant.com. Tickets for individual nights are $30 for Wednesday and Thursday, $40 for Friday and $50 for Saturday and are available at the Miss Mississippi Pageant office, 820 South St. For more information, call 601-638-6746.

The Miss Mississippi Pageant Parade is set to roll Monday at 7 p.m. along Washington Street.