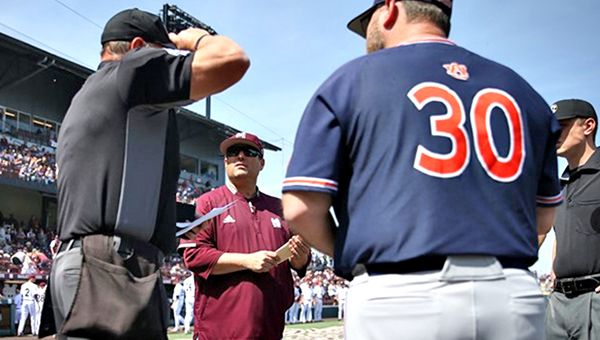 The college baseball coaching fraternity, particularly at its elite levels, is pretty small. Most coaches know each other, at least on a professional level, well enough to have a long and friendly conversation.

When the four coaches in Bracket Two of the College World Series gathered together Friday at TD Ameritrade Park, it was more than that. It was practically a family reunion.

Mississippi State’s Chris Lemonis and Louisville’s Dan McDonnell were once college teammates at The Citadel. Auburn’s Butch Thompson is a former Mississippi State assistant who recruited several of that team’s current players. The wives of McDonnell and Vanderbilt’s Tim Corbin are good friends and their families occasionally get together in the offseason.

Three of them also have some Mississippi ties — McDonnell is a former Ole Miss assistant; Thompson was born in Amory and was Mississippi State’s pitching coach before becoming Auburn’s head coach; and Lemonis lived in Mississippi as a child when his father played for the Bulldogs in the early 1970s.

Maybe, then, it’s fate and not just coincidence that all of them converged on Omaha in the same season. 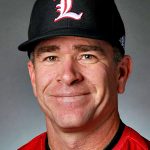 “As soon as we finished our (super regional) game at North Carolina, you just get so entrenched in what you’re doing right there in the moment, you don’t even know what’s ahead,” Thompson said. “I’m like, I don’t care who we play, just so we get here. And then of course out of 297 schools, of course we’re playing Mississippi State. Of course that’s who we’re playing.”

Thompson spent seven seasons at Mississippi State, from 2009-15, before he was hired at Auburn. While with the Bulldogs he helped shape them into a national power and built part of the team that he’ll now have to beat to advance at the College World Series.

“Ethan is special to me. His family is special. A lot of those guys, skeleton (Dustin Skelton) and Jake Mangum and just all the way around the field, a lot of those relievers,” Thompson said. “I wouldn’t be the head coach — I may not be sitting here if it weren’t for Mississippi State.”

Their impending showdown did nothing to lessen Thompson’s affection for his former program and players and vice versa. When the teams crossed paths at the stadium during Thursday’s practice sessions, Lemonis said a number of Mississippi State players got off their team bus to greet Thompson.

Thompson said Dier once rushed him to the hospital when he was having kidney stones.

If Thompson is still a member of the Bulldogs’ extended family, Lemonis and McDonnell said they’re about as close to brothers as two people can get without actually being related.
The two coaches played together at The Citadel in the early 1990s, then spent five years together as assistants on the coaching staff there.

McDonnell is also the godparent of Lemonis’ daughters Marissa and Mackenzie.

“I’m just so proud of (Lemonis) because we played together. We coached together. We were in each other’s weddings. It’s family. His daughters and my sons, they act like family. Our wives are best friends,” McDonnell said. “So it’s really neat, and you don’t ever want to coach — I got to coach against him when he was at Indiana, and it wasn’t a lot of fun. But as I said, you know if you’re going to have to cross paths, this is the place to do it as opposed to the earlier stages.”

McDonnell has the Cardinals (49-16) in the CWS for the fifth time — their first game is Sunday at 1 p.m. against Vanderbilt (54-11) — and they were the first team to clinch a berth this year. The way the schedules fell for the super regional round, they did it before Mississippi State even took the field.

Lemonis said that put pressure on him to get the Bulldogs there as well.

“I felt the pressure because he was in Omaha before we ever played our super regional game, so I was sitting here, ‘Man, I don’t want to blow this,’” Lemonis said.

He didn’t. The Bulldogs swept Stanford in their super regional series at Dudy Noble Field to advance to the CWS for the 11th time, and second year in a row. Now it’s a party stretching from Charleston, South Carolina, to Mississippi, and on to Omaha.

“We have a huge Citadel group coming, so you can imagine all our teammates and everything will be a part of it, and it’s a neat thing,” Lemonis said.

In the blazing heat of June, Warren Central’s soccer teams are preparing for the chilly winter season ahead. The Lady... read more