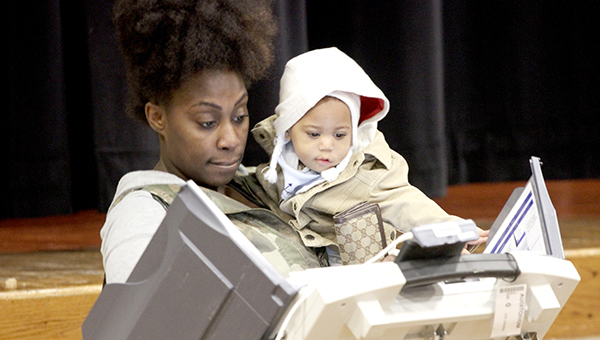 Flooding in the Eagle Lake community has forced the Warren County Board of Supervisors to temporarily relocate the Brunswick voting district from the Eagle Lake Volunteer Fire Department to Redwood United Methodist Church, 101 Redwood Road.

According to information from the Warren County Circuit Clerk’s Office, the temporary precinct will be used for the Aug. 6 primary elections and possibly the Aug. 27 runoff.

She said postcards are being sent to every registered voter in the precinct about the change. County officials are also taking out advertisements notifying the voters of the change.

She said the church is not within the precinct lines.

“The precinct is the geographic lines in which voters live. We’re not changing the precinct. What we’ve done is temporarily moved the polling place; it’s an emergency polling place,” Dionne said.

According to the Circuit Clerk’s Office, any voter displaced by backwater flooding or Mississippi River flooding can vote absentee at the clerk’s office, on the second floor of the Warren County Courthouse.

To vote absentee, voters must inform the office that they are displaced by the flooding, and must bring a photo ID.

Absentee voting begins Monday and closes at noon on Aug. 3.

Anyone with questions about voting or the relocation of the Brunswick precinct can call the Circuit Clerk’s Office at 601-636-3961 or the Warren County Election Commission Office at  601-638-8875.