Oakes is a graduate of Warren Central High School and also spent five years as an assistant football coach there, from 2001-06. 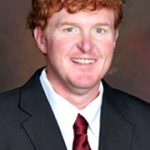 “I am appreciative of the support from my family and the vote of confidence extended from Dr. Heindl, the entire administrative team and the Board of Trustees during this process,” Oakes said in a statement. “This is an exciting time to be at Northwest Mississippi Community College and I am thankful, humbled and honored to have this opportunity to lead the Northwest athletic department.”

In his eight seasons at Hinds, Oakes coached more than 30 offensive linemen who have gone on to play at four-year programs, with 22 of those signing to play at the Division I level.

Oakes has also been the head football coach at Stone High School in Wiggins, from 2006-10, and was a graduate assistant on Delta State’s Division II national championship team in 2000.

Oakes received his bachelor’s degree in coaching and sports administration from Southern Miss in 1998. He received a master’s degree in health and a specialist’s degree in educational leadership from Mississippi College in 2006.

“We are pleased to have someone as experienced as Coach Oakes join our athletic team here at Northwest,” Domas said. “We are confident that his former experiences as athletic director and coach in the NJCAA will help our athletic programs continue down their paths of excellence in the future.”