Seratt steps away from Visit Vicksburg 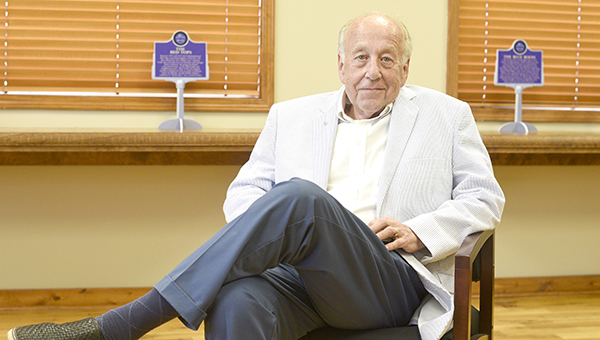 Bill Seratt served as director of the Vicksburg Convention and Visitors Bureau for 12 years. His final day on the job was June 27. (Courtland Wells | The Vicksburg Post)

In April 2007, Bill Seratt left the Greenville/Washington County Convention and Visitors Bureau for Vicksburg to oversee the area’s tourism industry.

Twelve years later, his efforts as Visit Vicksburg executive director to help improve the area’s standing as a tourist destination were honored at a Thursday evening reception at the B.B. Club.

“This has been a good year for tourism in Vicksburg, thanks to our strong leader,” said Bess Averett, chairman of the Vicksburg Convention and Visitors Bureau.

She said the area’s success was due to a number of people who have “worked behind the scenes” to make tourism a viable industry.

“Bill is one of those people. Over the last 12 years, he has worked to improve our area and make it all and can be.”

Mayor George Flaggs Jr. said Seratt “is the only man I know who is going to tell it like it is. I’ve never known another man who has been so passionate for Vicksburg as Bill Seratt.”

“I’m overwhelmed,” Seratt said of the reception, “I greatly appreciate it.”

Looking at his retirement, he said, “The first thing I’m going to take a look around and see where I think I’d like to use my time. I want to stay active in the tourism community, and I have a lot of gardening to do.”

He said he will miss his daily interaction with the stakeholders in Vicksburg and around the state,” adding, “I have clearly built an incredible family of friends and I’ll greatly miss working with them.”

He said the realization he has retired will hit him Monday.

“I will wake up in the morning and for the first time in 50 years I’ll realize I don’t have a job I have to go to. I’m never going to have a full-time job again,” he said.