Vacationers run to victory at the Star Spangled Night Run 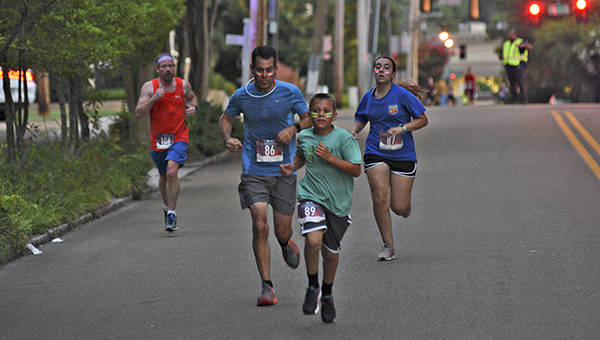 They came for a vacation. They left with a trophy.

In town for a family reunion and a family vacation, respectively, Cameron Groom and Morgan Quackenbush took home the men’s and women’s 5K championships at the Star Spangled Night Run on Saturday.

Groom is from Pocatello, Idaho. Quackenbush is from La Crosse, Wisconsin. They were among six out-of-town finishers in the top seven in the 5K run. Groom’s brother Jerry, an Oregon resident, finished second, while four members of the Quackenbush clan — 10-year-old Jaxen, 42-year-old Mason, 14-year-old Morgan and 12-year-old Carter — were all between third and seventh places.

Brady Clark, who finished fourth, was the only local runner to crack the top seven.

“My family’s all from here. We came down for a family reunion and figured we’d run a race while down here,” said Cameron Groom, who was one of about 15 people from his family reunion running in the race. “I wasn’t expecting (to win). I haven’t been training, so I definitely wasn’t expecting it. I figured it’d just be a good time to jump in and run. It wasn’t part of the plan, but I’m happy how it turned out.”

Cameron Groom was easily the best runner in the 93-person field. The 24-year-old clocked a time of 20 minutes, 42 seconds to cross the line more than a minute ahead of his brother.

“That last mile I felt pretty alone. My brother was second behind me. It definitely helps having your brother chasing you knowing you’ve got to beat him,” Cameron Groom said. “It was hotter than I was used to. Being up in Idaho it’s a little lower elevation here, so cardio-wise it helped out a ton. But there’s no shortage of sweat on this one. It was a ton of fun.” 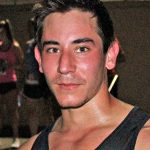 The Quackenbushes came through in a group. Jaxen, Mason, Morgan and Carter all crossed the finish line within 33 seconds of each other, then turned and went looking for other members of their family. Nine-year-old Ethan Quackenbush finished 32nd overall, and mother Julie was 49th.

Morgan Quackenbush was sixth overall, with a time of 23:45, to claim the women’s championship. She was nearly 2 ½ minutes ahead of the next woman, Hollie Cook, who had a time of 26:03.

The Quackenbushes are on a long road trip down the Mississippi River, and then through Louisiana and Texas before heading back home to Wisconsin. Mason Quackenbush said Morgan wanted to do a run somewhere along the way, and the Star Spangled Night run happened to coincide with their stop in Vicksburg.

“We planned a vacation around different stops and she wanted to do a run when we were on vacation. Vicksburg had a race and here we are. We were going to stop here at the Battlefield anyway,” Mason Quackenbush said.

In the 5K race walk, Steve Pranger completed the second half of a grueling doubleheader by winning with a time of 32:42.

Pranger, a 59-year-old Vicksburg resident, won the men’s grand masters title and finished third overall in the Tomato Festival 5K Saturday morning in Crystal Springs, then returned home for the Star Spangled Night Run in the evening. His time in the Night Run was 12 seconds faster than what he did in Crystal Springs.

Ron Roma did the same doubleheader, finishing sixth at the Tomato Festival 5K and second overall at the Night Run. His time in the latter was 33:25.

A total of 155 people competed in the Star Spangled Night Run — 93 in the 5K run, and 62 more in the 5K race walk. The race was a fundraiser for the Southern Cultural Heritage Foundation.