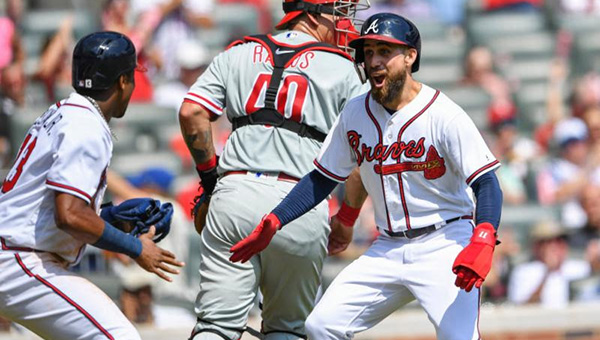 Atlanta Braves outfielder Ender Inciarte, right, will play two games with the Double-A Mississippi Braves Monday and Tuesday at Trustmark Park as part of an injury rehab assignment. (Courtesy of The Mississippi Braves)

Enciarte is recovering from a lumbar strain. He was put on the 10-day injured list on May 15 and began his rehab assignment on July 1.

The Venezuela native played for the High-A Florida Fire Frogs on July 1, as a designated hitter, and went 0-for-2. On July 2, he played center field for three full innings and was 1-for-1 with a single and a walk.

The 28-year-old played in 40 games for the Atlanta Braves this season before the injury, batting .218 with 27 hits, five doubles, one triple, two home runs, and nine RBIs.

Inciarte earned a Gold Glove award in each of the last three seasons, 2016-18, becoming the first Braves player to win three straight Gold Glove awards since CF Andruw Jones won 10 in a row from 1998-2007. Inciarte was a All-Star in 2017.