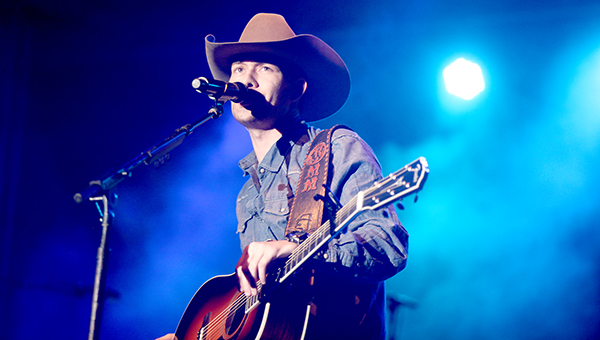 Vicksburg native William Michael Morgan will be the headliner at a concert geared to aid those who have been affected by the ongoing flood.

Floodfest, as organizers have called it, will be held Saturday, Aug. 17 beginning at 6 p.m. at Redwood Elementary School. The event will also have activities for children, food vendors, an auction, T-shirt sales and a raffle, all with the goal of raising money to help those affected by the nearly five-month flood along the Mississippi River, the Delta and in the Yazoo Backwater Area.

Morgan, whose debut single “I Met a Girl” reached No. 8 on the Hot Country Songs in 2016, along with several other musicians will provide entertainment during the event.

Parker said performers will also include Scott Randall Rhodes and the Mississippi River Band, Four Washington, a Jackson-based gospel group who has recently performed on The Steve Harvey Show, and The Hit Men.

“Our sheriff will even sing a couple of tunes,” Parker said.

With the hope of raising $100,000, Parker said that in addition to the event at Redwood Elementary, a telethon will be going on simultaneously inside the school’s auditorium.

“It is going to be streamed over several different platforms,” Parker said. “C Spire is providing our phone and Internet service and several on-air personalities from WLBT, WDBD, as well as WABG in Greenville will also be there for the telethon portion.”

Funds raised from the event will not only go to Eagle Lake residences, Parker said, but will also benefit victims in the 5-county area affected by the historic flood.

“Until the federal declaration kicks in,” Parker said, the money raised would go towards helping those who have been displaced cover the cost of food, rent and utilities.

Parker, who is an Eagle Lake resident, said he has been fortunate.

His home was not flooded, and he also had a place to go after high waters made it challenging to get to and from the house.

The funds raised will be given to the United Way of West Central Mississippi to be distributed through the Warren County Long-term Recovery Committee. All of the proceeds raised from the event will go to victims.

While $20,000 has already been collected and used to aid flood victims, Parker said, “We went through a lot of donations fighting the flood, but we’ve got a long road ahead.”

Admission to Floodfest is $5, and gates will open at 5:30 p.m. For those interested in purchasing a raffle ticket, they are $20 or two for $35. Raffle tickets, which are $20 for one and $35 for two, will be available at the event or at the Levee Street Marketplace, 1001 Levee St.