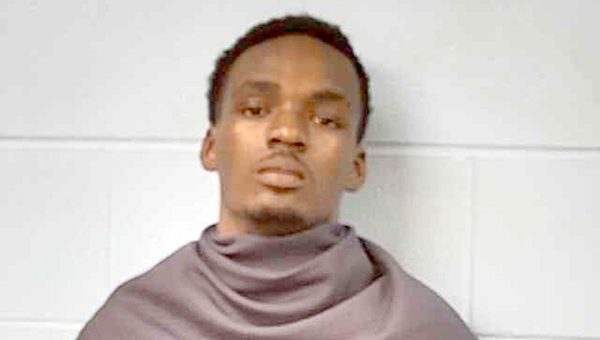 Pace said Wanzie Eugene Brown and Jemeka Katrina Thomas, both 18, were arrested on warrants charging them with capital murder in the June 29 robbery and shooting death of a man.

Although the warrant for Brown indicated he had a Southaven address, he gave police a Locust Street address in Vicksburg. Thomas has a Tennessee address, according to her warrant.

Brown and Thomas were arrested about 12:26 a.m. Tuesday without incident at Merit Health River Region, where Brown was with Thomas, who was being treated for an undisclosed illness.

The arrests followed a tip received by Vicksburg Police investigator Mario Grady, a member of the fugitive task force, that Brown was at the hospital. Grady was joined by deputies Sgt. Jessie Tilley and Zach Primeaux, and detective Sam Winchester to make the arrest at the hospital.

After Brown was taken into custody, deputies stayed at the hospital with Thomas until she was released Tuesday morning. She was taken to the Warren County Jail.

Marshall County Sheriff Kenny Dickerson said Brown and Thomas are two of four people involved in the robbery and shooting that occurred in a rural area about 5 miles south of Byhalia.

According to the South Reporter newspaper in Holly Springs, the man was identified as Jordan Stewart, 25, of  Olive Branch. Dickerson said Stewart was shot in the back and the head, and was found by deputies lying partially outside the car. He was partially clothed.

Dickerson said the other two suspects are in custody. One is in the Marshall County Jail and the other in Memphis awaiting extradition.

The four are accused of killing a man and taking his pants and wallet. The man’s wallet and pants were later found at one of the suspect’s house.