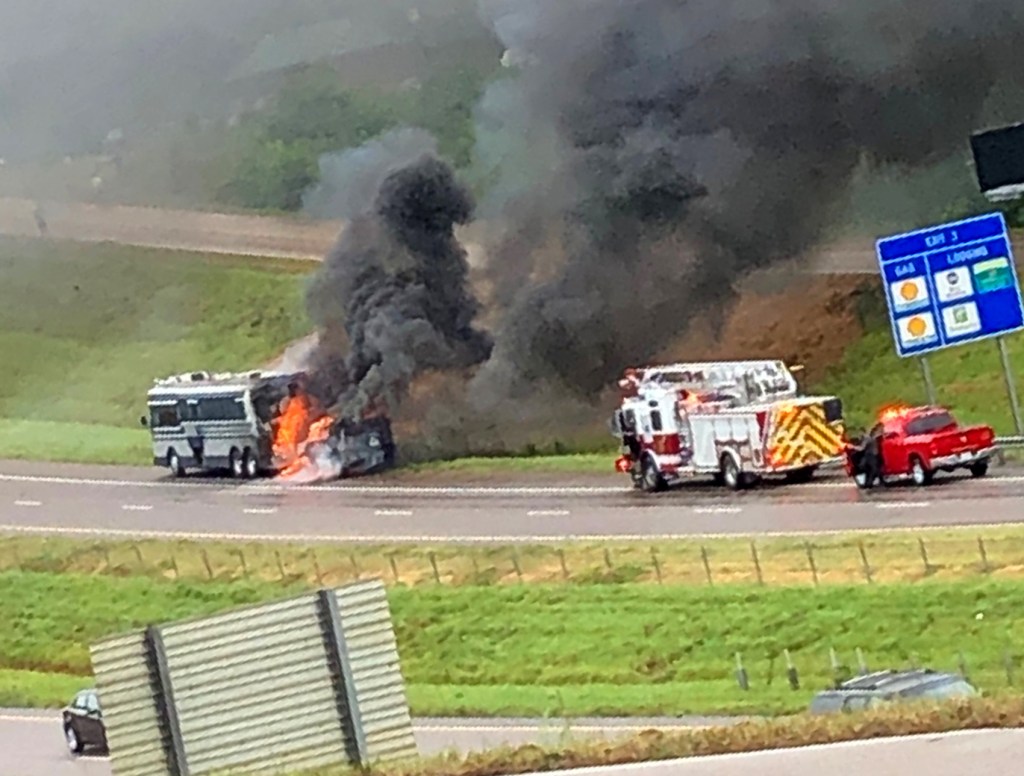 Traffic along Interstate 20 westbound near the Indiana Avenue exit was blocked shortly before 4 p.m. as emergency officials responded to a vehicle fire.

Witnesses said a motorhome, traveling west, pulled off on the side of the interstate when flames appeared in the rear of the vehicle.

The motorhome suffered severe damage, while the fire also engulfed what appeared to be an H2 Hummer that was being pulled behind the motorhome.

Early reports said no one was injured.