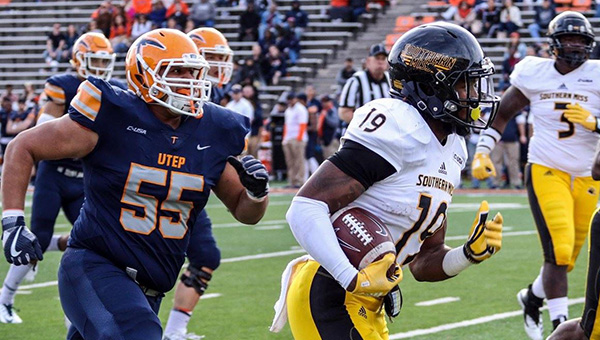 DALLAS — At the unofficial start of the 2019 college football season, Southern Miss is tied for first place in Conference USA in at least one category.

Five Southern Miss players were selected to the preseason All-Conference USA team as the league’s media days began on Monday.

The All-Conference USA team was voted on by the league’s coaches. Southern Miss’ five selections tied North Texas for the most, while Charlotte had four.

Hemby highlights the defense for the Golden Eagles as the top returning tackler from a season ago. He finished second in 2018 in total tackles, with 51, for a USM defense that was ranked No. 3 nationally in total defense (278.4 yards per game). He added a team-best six interceptions, which tied for the league lead.

Boothe had four sacks and 48 tackles last season, of which 10 were for loss. He added two fumble recoveries, five quarterback hurries and three pass breakups.

Turner, who was a first-team All-C-USA selection in 2018, had 33 tackles. Ten of those were for loss, and he also had five sacks and two forced fumbles.

A Vicksburg man is out on bond after a wreck that damaged the bay door of the Culkin Fire Station... read more