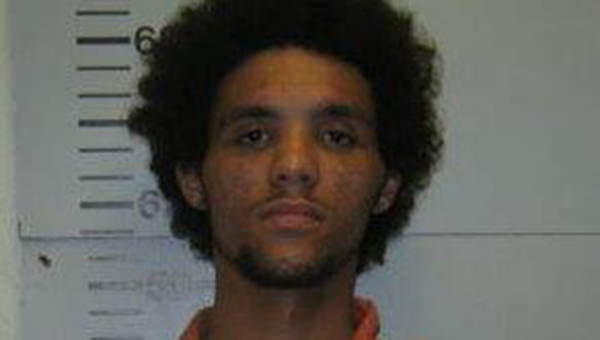 A Vicksburg man who led sheriff’s deputies on a chase through Warren County Saturday night will remain in the Warren County Jail.

County Judge Marcie Southerland refused to set a bond for Keavy Terrell Lyons, 21, at an initial appearance Tuesday in Warren County Court because he was already out on bond on charges involving a March car chase.

She set the bond for Mary Jacqueline Powers, a passenger in the car with Lyons, at $25,000.

Lyons is charged with felony eluding, possession of stolen property-vehicle, and possession of methamphetamine. He is accused of refusing to stop for Sheriff Martin Pace, who attempted to stop him for a traffic violation.

Pace said the serial number of a handgun Lyons tossed from the car near the end of the chase had been filed off. It was sent to the state Crime Lab to recover the number to determine if the gun was stolen.

Powers, also of Vicksburg, is charged with possession of stolen property-vehicle. She remained in the county jail.

The chase began about 11:17 p.m. Saturday when Pace saw a car go behind a business on U.S. 61 North. When the car emerged from behind the building, the sheriff saw it had no taillights and attempted to stop it.

The car sped off, going north on U.S. 61 North and then east on Oak Ridge Road, where Pace suspended his pursuit for safety reasons.

Several minutes later, a citizen called 911 and reported seeing a car matching the description of the one Pace followed, traveling on Culkin Road.

Pace saw the car on Culkin Road and the chase resumed, eventually going south on U.S. 61 North and then to East Clay Street, where Lyons was surrounded by sheriff’s units and the chase ended at 11:38 p.m. just east of YMCA Place and the pair was taken into custody.

As he was slowing down, Pace said, Lyons tossed the handgun out of the car.

A check of the car identified it as a 2018 Nissan Murano reported stolen June 12 in Warren County. The charge of possession of methamphetamine was added after the drug was found while Lyons was being booked into jail.