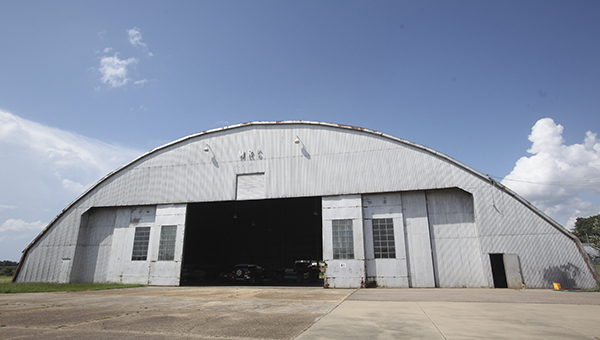 The Board of Mayor and Aldermen have approved an agreement with the Mississippi Department of Transportation for $67,320 in multi-modal funds to rehabilitate hangars at the Vicksburg Municipal Airport.

Airport director Ron Davis said the money will be used for work on two adjacent hangars.

“If the money is available, the hangar we call ‘B-1’ needs some holes patched in it, and then it needs a coating put on it,” he said. “That’s one part of the project. The other part is our hangar ‘B-2.’ It needs a new metal roof put on it, and the gutter repaired.

“We’ve got to send requests for proposals and see what we get,” Davis added. “When we get those back, then we’ll know what we can do.”

The long-term plan for the hangars, Davis said, includes adding skylights and sealing the concrete floors.

“That sounds like a lot of things,” Davis said, “But when people come to put their airplane in your hangar, they like to see a nice clean hangar.”

He said traffic at the airport has increased, adding it is getting “a lot of jet traffic; I’m talking big jets.” All the hangars, he said, are leased and the airport has a waiting list of people wanting a hangar.

The jets Davis is talking about are larger private planes typically used by individuals and companies, and not commercial ones for passenger travel.

“We’ve got a tremendous amount of space where we can build facilities,” Davis said. “I’m trying my best to make this airport attractive to people to come in. We’ve got a heck of an attraction here; we’ve got people coming in here (to visit the Vicksburg National Military Park), and we’ve got some high-powered people coming in here to look at places for restaurants and things like that.”