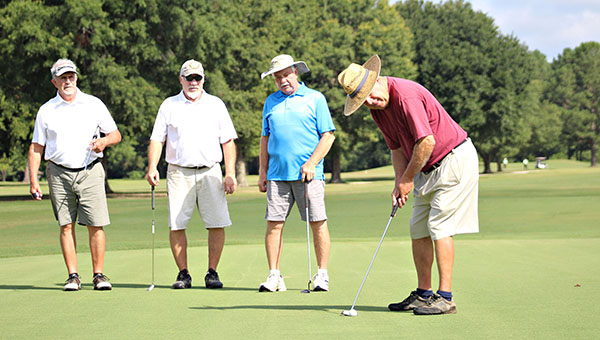 For years, Wednesday morning at Clear Creek Golf Course was a weekly celebration of golf and fellowship — often the latter more than the former.

The members of the Clear Creek Ladies Golf Association would make food, share some laughs, and play a round on the course both amongst themselves and with their husbands and male friends. Once a month the group played a more formal tournament that they called the Retirees Scramble.

The tradition ended earlier this spring. The Ladies Golf Association’s membership had aged and declined in number, and there were no longer enough retirees available to organize things. The final Retirees Scramble was held in April.

Some traditions don’t die easily, though.

The senior tournament was the idea of course superintendent Brice McLendon, and is part of a wave of promotions and tournaments this summer aimed at boosting play at the course in Bovina.

“Me and a couple of the senior guys got together and it was a mutual deal. It’s good for the course and fellowship,” McLendon said. “It went on for so long, it was hard to believe they were going to wind it down. We’re looking for the next group to come in and be a part of it.”

Last week’s Retirees Scramble was the first of four planned for this year. The others will be on Aug. 4, Sept. 14 and Oct. 23. The entry fee for the monthly tournaments is $30.

Golfer Wayne Jones said he was glad to have the tournament back in the monthly rotation. Many of the golfers playing Wednesday, he said, played regularly at other courses and having a tournament in a more familiar setting was welcome.

“Most of the people playing it are people that were playing in the other one,” Jones said. “It’s a bunch of little groups that play all the time, so it’s a good time for everybody to get together. That’s good, too, that (McLendon) kept the price down. If he can keep doing that and draw people from away from (Vicksburg), it’d really be good.”

In addition to the revived Retirees Scramble, McLendon said a couple of new golf specials and tournaments are planned to boost play at the course.

Women can pay half price for cart rentals on Wednesdays, and a flat all-day rate is now available on Mondays.

This will also be championship week at Clear Creek. The Warren County Junior Championship is scheduled for Tuesday and Wednesday, at 9 a.m. each day. The tournament is for players ages 7-18, and the entry fee is only $15. There are six age divisions for girls and boys, and the winner from among the 14-18-year-olds will qualify for the Warren County Championship.

The Warren County Championship, meanwhile, is July 27-28. The entry fee is $110. Players must be 16 or older, but do not need to be a county resident. There are separate divisions for men, women and seniors in the 36-hole tournament, and the entry fee includes cart, green fee, lunch and beverages each day.

A shootout for the top 12 players from last year’s County Championship will also be played on Friday, July 26, at 5 p.m. The entry fee is $20 per person and prizes will be awarded to the top four places.

COUNTY GOLF CHAMPIONSHIPS
• Clear Creek Golf Course will host the Warren County Junior Golf Championship on July 23 and 24. The tournament is for players ages 18 and under, and there are six age divisions for boys and girls. The entry fee is $15 and play begins at 9 a.m. each day.
• The Warren County Championship is scheduled for July 27 and 28 at Clear Creek. This tournament is for players ages 16 and older, and there are separate divisions for men, women and seniors. The entry fee is $110 and includes cart, green fee, lunch and beverages each day.
• For more information on either tournament, call the Clear Creek clubhouse at 601-638-9395. 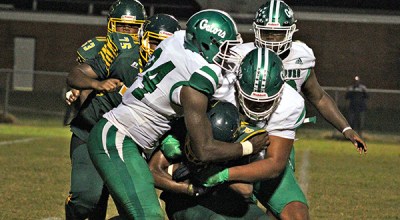 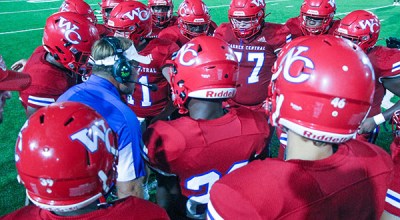 Vikings start Region 3-6A schedule with showdown vs. Oak Grove