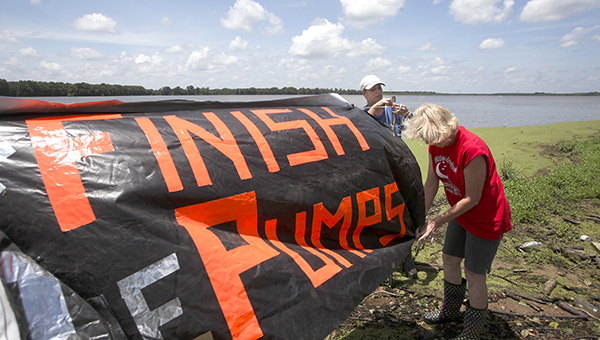 Residents of the Eagle Lake community and other communities affected by flooding in the Yazoo River Backwater Area will be looking for answers at a Tuesday evening meeting at the Warren County Courthouse to discuss the flooding.

The meeting, to discuss the ongoing flooding and eventual recovery, is set for 5:30 p.m. in the circuit courtroom on the second floor of the courthouse.

Linda Banchetti, president of the Eagle Lake Matters Association, said the meeting’s agenda will focus on “what’s happening now, and what’s going to be the steps to recovery.

“This is not going to be a ‘bashing party;’ this is for current information and going forward,” Banchetti said

She said representatives with the Warren County Long-term Recovery Committee, along with state and local officials, have been invited to provide information to the residents about recovery.

Eagle Lake residents were forced to leave their homes in early March when water from the Yazoo Backwater Area began overtopping streets in the community and inundating homes. The extreme flooding forced the Warren County Board of Supervisors to issue a mandatory evacuation of the community on March 8.

“I’m more interested in what (officials) can tell us about Eagle Lake,” she said. “I’m trying to focus on us. People are upset; they want to know what’s going on.”