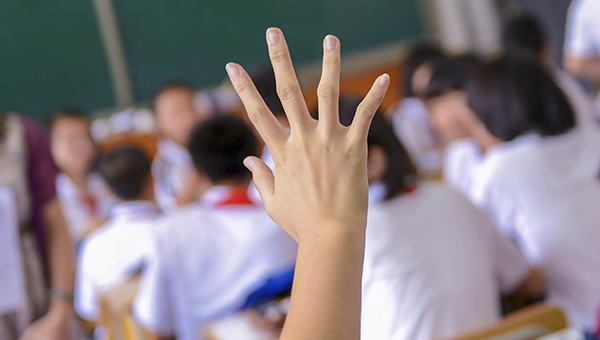 The overall price for the pay raise and associated benefits for 40,991 educators in Mississippi will be $77 million.

The Mississippi Department of Education announced Monday that a $1,500 raise for teachers will cost $18.5 million more than it originally informed lawmakers, months after local superintendents discovered a shortfall caused by the department’s ignorance of how teachers were classified in its own computer system.

Lawmakers allotted $58 million for the raise that began July 1, based on a total of 31,000 teachers and assistant teachers. But the department didn’t count almost 10,000 other teaching positions that officials thought were federally funded, meaning federal funds would cover the cost of the raises. Instead, it turns out those positions are state-funded, and Mississippi must absorb another $18.5 million in costs, bringing the overall price of the increase in pay and associated benefits for 40,991 educators to $77 million.

In March, the department sent a letter to lawmakers counting 31,157 teachers. Officials said that was a count of teachers in its computer system classified as being paid only with funds from the Mississippi Adequate Education Program, the formula that divides state aid among school districts. But state Superintendent Carey Wright later said the department didn’t know that its computer system places some teachers paid all or in part with state money into classifications that the department thought included only teachers paid completely with federal money. The department now says it worked with districts to identify all state-funded positions.

The Legislature mandated a pay increase in law, so local districts must pay it regardless of state funding.

The Department of Education said it is working with lawmakers to make up the deficit when the Legislature reconvenes in January after state elections. Some people pushed for a special session to solve the problem immediately. But outgoing Gov. Phil Bryant and others rejected that move as a waste of money. Because it’s an election year, there’s no guarantee of who will hold top posts in January, but many current and prospective leaders have pledged to cover the shortfall.

“The House leadership is supportive of funding this deficit and ensuring that the school districts will not be required to absorb any costs associated with the pay raise,” Bennett wrote.

The department usually sends state aid to local school districts in two checks a year. Wright has said the department won’t split the $58 million in pay raise funds equally, but will send a larger share this summer, providing enough money to pay for the raise until lawmakers return.

Not only teachers and assistants, but counselors, librarians and other specialized workers are getting the raise.

“This is the most comprehensive pay raise the Legislature has approved and is intended to provide Mississippi educators with a well-deserved raise,” Wright said in a statement.