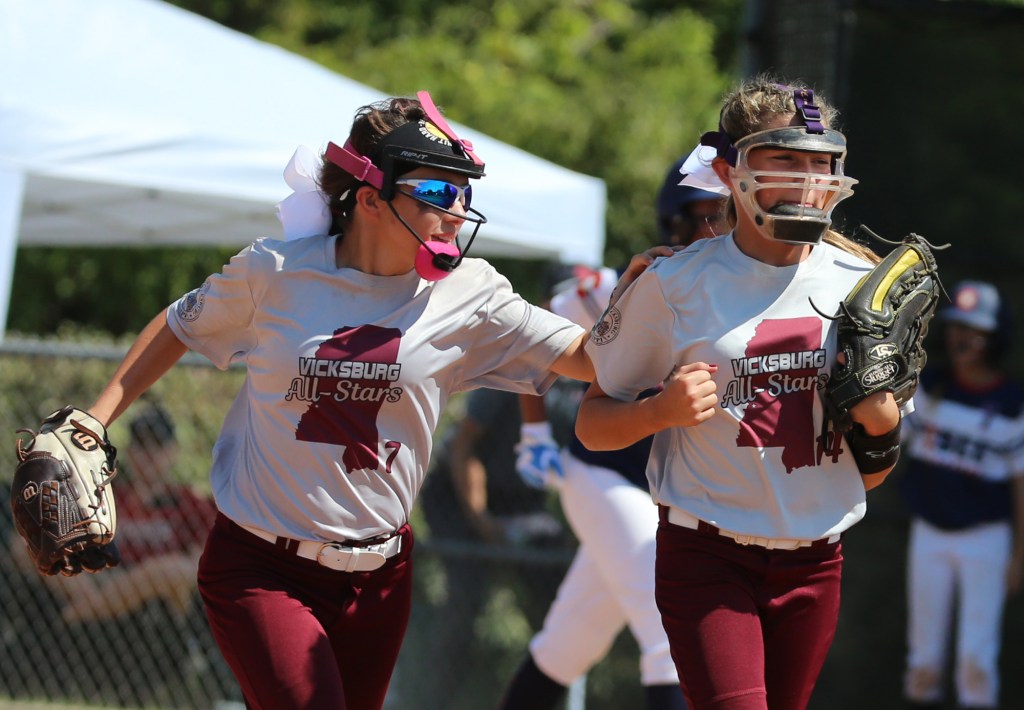 The Vicksburg All-Stars Wednesday, were A-OK, deep in the heart of Texas.

Kyleigh Cooper singled, scored a run, and pitched a complete game to lead the Vicksburg 12U All-Stars to a 3-1 win over Colorado Springs, Colorado in the opening round of the Little League Softball Southwest Regional Wednesday in Waco, Texas.

Vicksburg advanced to a winners’ bracket game on Thursday against Eastbank, Louisiana. Thursday’s game is at 2 p.m. and can be streamed online on ESPN Plus.

“We’re already winners,” Vicksburg coach Jeremiah Pant said. “We won a game, and no matter what happens, we can go back to Vicksburg and say we played some of the toughest teams around and won.”

Colorado struck for a run in the bottom of the first inning Wednesday when Cayla Baker reached on an error and eventually scored on a wild pitch.

Cooper walked and scored on Avery VanNorman’s ground out in the second inning to tie it, and then Vicksburg took the lead with two runs in the third.

Macie Barnette reached on an error and scored on a groundout by Kamryn Morson. Lili Kistler, who had walked, went to third base on the play and scored on a wild pitch to give Vicksburg a 3-1 lead.

“Our bats got a little hot and they were playing well,” Pant said. “We had spoke with the girls and told them, ‘You’re on TV. Show some pride and show how great you are.’”

The two-run cushion was all Cooper needed. She retired 15 consecutive batters after a two-out single by Nevaeh Lee in the first inning, finished with seven strikeouts and did not walk a batter.

Colorado did disrupt her dominance with a two-out rally in the sixth inning. Camdyn Hunt singled and Robinson reached on an error to put runners at first and second and bring the winning run to the plate. Cooper got Lee to hit a comebacker to her, though, and threw to first for the final out of the game.

“Almost everything I called was where it needed to go. She stopped them every inning,” Pant said. “Kyleigh loves it when you call pitches. When you tell her where to put it, she puts it where it needs to go. We were banging the outside corner and she shut them down.”