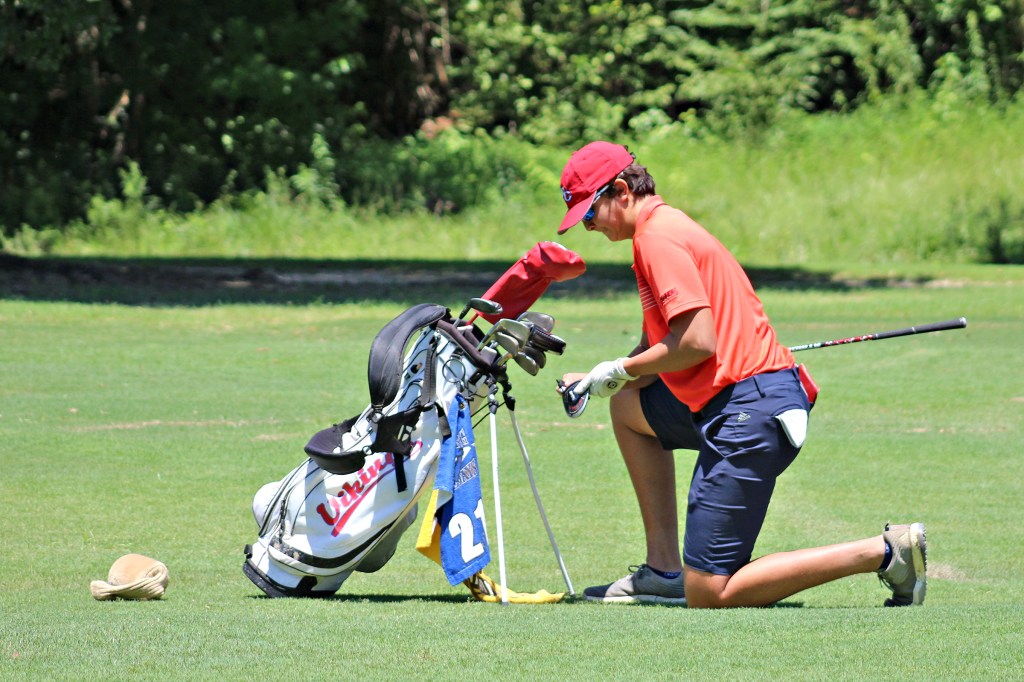 It’s not fair to say that all Josh Hallberg had to do to win the Warren County Junior Golf Championship was show up.

After all, he did still have to finish. Posting a couple of good rounds certainly made it look a lot better, though.

Hallberg and his cousin, Zack Boyd, were the only two golfers entered in the 15-and-over age division for the two-day tournament at Clear Creek Golf Course. Hallberg shot a two-round total of 148 to easily beat Boyd’s 201 and claim the title on Wednesday.

Even if he had little competition, Hallberg said it was nice to snag the trophy after finishing second in the tournament in 2018.

“It’s cool, especially after losing last year. Last year I couldn’t putt, couldn’t hit the green. This year I pulled it all together,” Hallberg said.

The tournament started Tuesday and Hallberg put together a round that would have had him in contention even against a loaded field. He made four birdies and shot a personal-best 72 while playing his first tournament since early May.

During the high school season with Warren Central, Hallberg’s best rounds were in the mid- to upper 70s.

“I played good. My irons were good. When I missed the green I made the putts after I chipped up. That’s pretty good for me. Seventy-two is my personal best, so that’s good,” Hallberg said. “I had three birdie putts inside of five feet (Tuesday) and I made four birdies, so that’ll definitely boost a round.”

Hallberg only made one birdie on Wednesday, but still shot a solid 76. He said it was fun playing with Boyd, a beginner who shot 94 and 107 in his two rounds.

“He just started playing this year, so we’ll get him out here and practice a little bit,” Hallberg said. “We just went out, had fun and played. It wasn’t a whole lot of stress.”

All three players shot 43 in the first round on Tuesday, and then Shelton pulled out the victory by being slightly better than his rivals on Wednesday.