VGSA 16U All-Stars have good showing at regional 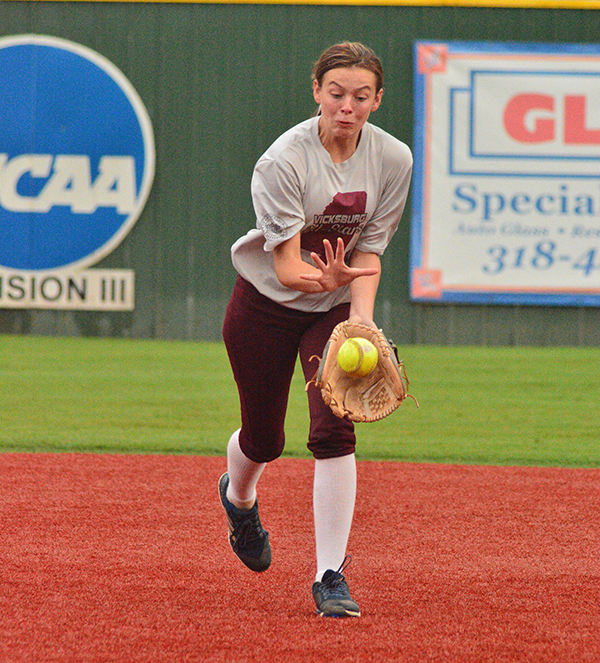 The Vicksburg 16U All-Stars’ stay at the Little League Senior Southwest Regional was brief, but not terrible.

The 16-and-under team routed the Colorado state champions 22-2 in its first game, then lost the next two and was eliminated with an 8-5 loss to New Mexico on Monday.

It was the second year in a row the Vicksburg squad — which played as the Mississippi state champion — won a game in the tournament, which coach Ashley Dawson said was a sign the program can hold its own on the big stage. The Vicksburg All-Stars also had a number of 14- and 15-year-olds, while several opponents were comprised mainly of 15- and 16-year-olds.

“From everybody I spoke to, the competition was a lot tougher this year and our girls hung with them. We just couldn’t get clicking on both sides of the field at the right time,” Dawson said. “It shows these girls have talent, and the potential to hang with anybody they face. They did not let age get to them.”

The Vicksburg All-Stars lost 15-5 to Eastbank Little League, the New Orleans-based Louisiana state champion — which reached the title game of the regional before losing to Texas West — and then was eliminated with an 8-5 loss to New Mexico. Dawson said both games started well for the Mississippi champs, but quickly got away from them.

New Mexico jumped out to an 8-2 lead before Vicksburg made things interesting at the end.

“We came out strong. We were leading the first two innings and had a couple of errors at the worst possible time,” Dawson said.

The highlight of the tournament was Vicksburg’s first game, when nothing went wrong.

Vicksburg scored six runs in the first inning, nine in the second and seven in the third on the way to a 22-2 victory over Colorado. Every starter scored a run, and Kaylee Hoeft went 2-for-2 with a double, triple, walk and three runs scored. Vicksburg stole 10 bases as a team.

“Everything clicked that game. It happened how you want it to happen,” Dawson said.

Although the Vicksburg All-Stars couldn’t keep up that pace, Dawson said she was proud of her players for their overall performance.