Fire breaks out on roof of Vicksburg High School 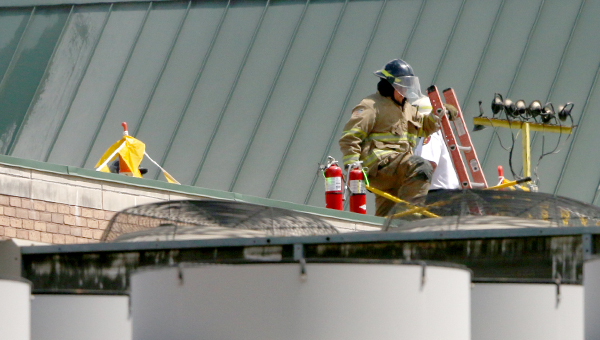 Firefighters were called to a fire on the roof of Vicksburg High School Monday morning.

According to Vicksburg Fire Chief Craig Danczyk, heated roofing material apparently caused a hot spot and ignited in an area of the school roof where ongoing construction and remodeling efforts are under way.

Firefighters were able to extinguish the fire and school officials have said it would not cause any delay to the start of school year on Aug. 7.

No one was injured in the incident and major damage was avoided.

“We are glad that the Vicksburg Fire Department responded quickly,” VWSD spokesperson Christi Kilroy said. “There was very little damage and we do not anticipate any changes to the beginning of the school year for staff or students.”