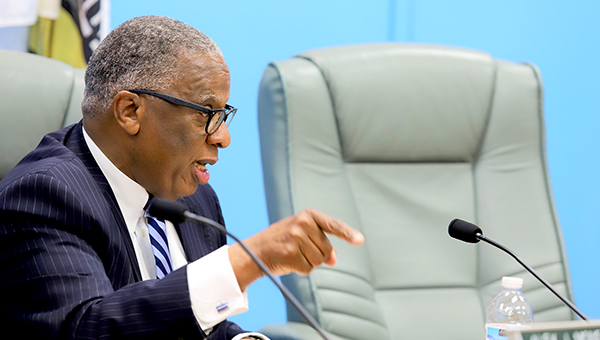 The special $5 Environmental Protection Agency fee approved by the Board of Mayor and Aldermen in 2015 is coming off residential utility bills October 1.

Commercial water customers will still have to pay the $8 EPA fee, Mayor George Flaggs Jr. said. He said the board is expected to remove the residential fee in August.

He said Thursday the residential fee was coming off because the city has identified about $2 million in unpaid water use.

“The (affected) customers are paying, and because they are paying, reimbursing the city, I just think it makes more sense to stop the flat fee for residential customers,” Flaggs said. “And if in fact it seems we find more money, we’ll remove it for industry.”

He said the fee will be off the bills the same time the second phase of the city’s water and sewer rate increase passed in 2018 goes into effect.

“That’s straight dollars going into the pockets and the banks of the residential customers; it’s a rebate,” Flaggs said.

The board approved the special fee in April 2015 to help cover the potential cost of improvements to the city’s sewer system required under a consent decree approved in 2012 between the city and the EPA.

The consent decree was the result of an EPA investigation that found the city had allowed untreated sewage to get into local streams and the Mississippi River.