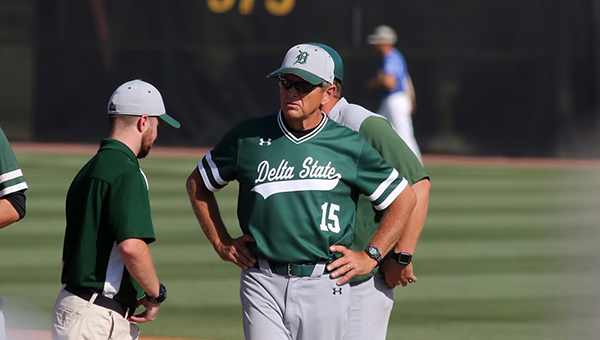 Former Delta State baseball coach Mike Kinnison (15) has been elected to the American Baseball Coaches Association Hall of Fame. He will be inducted at a ceremony Jan. 3 in Nashville. (Michael Wade/Delta State Athletics)

CLEVELAND, Miss. — Mike Kinnison can once again add “Hall of Famer” to his long list of baseball accomplishments.

Kinnison, the longtime Delta State baseball coach, has been selected as one of six new members of the American Baseball Coaches Association Hall of Fame.

The 2020 ABCA Hall of Fame induction ceremony will be held during the organization’s annual convention on Friday, Jan. 3, 2020, in Nashville.