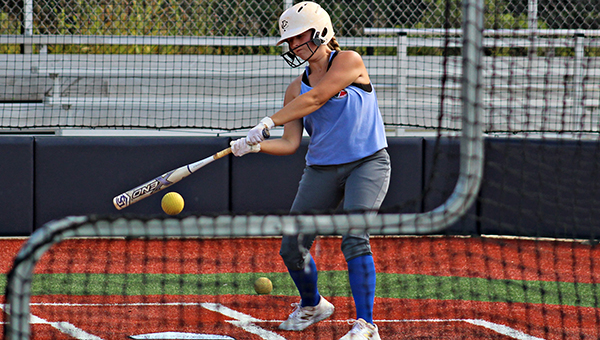 As it transitions from one era to the next, there might have been some doubt about whether Porter’s Chapel Academy’s softball program could continue its winning ways.

So far, they are.

Hannah Embry struck out eight batters and carried a shutout into the seventh inning, and Storey Kirklin drove in two runs as the Lady Eagles beat Riverfield Academy 4-2 on Tuesday. It was their second win in three games under first-year coach Chandler Ellis, and followed a 15-0 demolition of Central Hinds on Monday.

“We’re trying to focus on a lot of different things, but the little things, as my dad would say, at practice,” said Ellis, whose father Brian Ellis is the head coach of Vicksburg High’s softball program. “We’re trying to carry them into games and be consistent. So hopefully we stay on the consistency path.”

PCA lost its opener on Saturday, 4-2 to Amite School Center, with what Chandler Ellis described as an underwhelming performance. The Lady Eagles only managed four hits and did not score until the sixth inning. 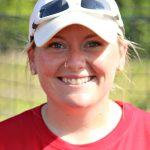 That led to a practice filled with “consequences” on Sunday that quickly straightened things out, Ellis said.

On Monday, Embry and Abby Morgan combined on a no-hitter in the 15-0 win over Central Hinds, and the Lady Eagles pounded out 15 hits in four innings.

“Consequences,” Ellis said when asked the reason behind the sudden turnaround. “The practice before, we were not focused in practice and our first game, and we were hitting pop up after pop up so we threw some consequences at them and they came out focused. They started hitting the ball and kept on rolling.”

Now the Lady Eagles will try to see just how far they can roll this season. Seven seniors — including Embry, the 2017 Vicksburg Post Player of the Year — are back from a team that reached the MAIS Class AAA South State tournament last season.

Embry has struck out 17 batters and walked two in 16 innings through the first three games of the season.

PCA is a team with a high ceiling, and Ellis admits she’s dreaming big.

“The ultimate goal is to climb that mountain and be at the top and win it all. Especially as a first-year coach, that’s probably like the Cinderella story or a dream,” Ellis said. “But I have a lot of hard-working girls and they believe they can do it and I believe in them as much as they can do it, we can achieve it. Right now, our first stepping stone is win some ballgames, stay consistent and make it back.”