ERDC mourns the loss of one of its own 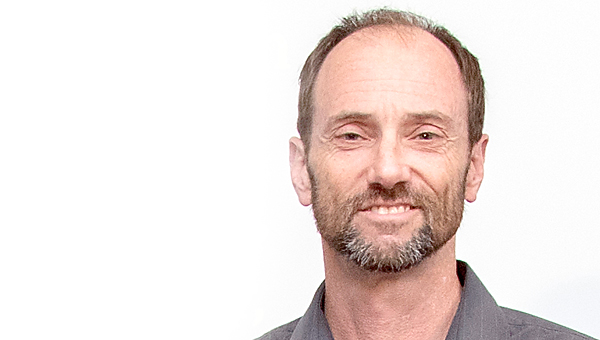 An engineer for the U.S. Army’s Engineer Research and Development Center died Saturday morning while participating in a bicycle ride in Leflore County.

According to the Greenwood Commonwealth, Jim O’Daniel, 49, of Clinton, died from injuries he received after colliding with a pickup truck during the 12th annual Bikes, Blues & Bayous bike ride.

He was pronounced dead at 8:30 a.m. at  Greenwood LeFlore Hospital by Leflore County Coroner Debra Sanders. An autopsy is planned.

According to witnesses, O’Daniel was hit by the truck on U.S. 82 as he was traveling across the highway along the ride’s 62-mile route. He had just left a rest stop in Itta Bena and was heading toward the next stop in Schlater.

According to information from ERDC, O’Daniel joined ERDC in 1998 as a Research Structural Engineer. He was serving in ERDC’s Geotechnical and Structures Laboratory, where he performed research and development in the area of computational mechanics for blast, impact and penetration events.

“The ERDC family and our community has tragically lost a true friend and engineer leader,” said Bartley Durst, director of GSL. “He was a great guy, very humble and sincere. Jim was a world-class leader in his field. He loved his work, and his research has made a tremendous impact on our country. Jim’s legacy will live on in the ERDC and across our nation.”

He recently posted on Facebook: “Twenty years ago today I started a new job at the Engineer Research and Development Center (then the Waterways Experiment Station), moving to Vicksburg, Mississippi. Changed my life and I’m still here. Because of it I started racing sailboats and then bought a bike….. On top of it all, I absolutely love the job.  Brings new amazing things into my life almost daily. Not all those who wander are lost.”

He received his bachelors of science degree in civil engineering in 1990 from Cornell University and his masters and PhD. from the University of Pennsylvania.

O’Daniel was also involved in several projects including collateral effects and structural damage, vulnerability analysis of structures due to terrorist threats, improvement of retrofit design using finite element modeling, and the verification and validation of engineering models.

He was known internationally for his work and published many refereed papers in proceeding international conferences and symposiums.

O’Daniel is the recipient of the 2015 Herbert D. Vogel Engineer Award, the highest local honorary award granted by ERDC. He was a member of the American Society of Civil Engineers’ Shock and Vibratory Effects Committee. He received an ERDC Director’s R&D Achievement Award, chaired sessions at several conferences, received a Shock and Vibration Information Analysis Center (SAVIAC) Director’s Award, and facilitated a discussion on verification and validation at a Shock and Vibration Symposium.