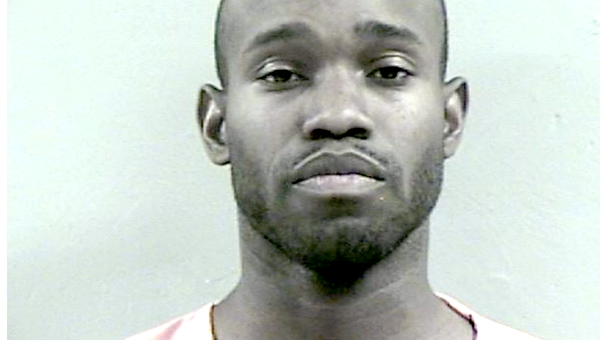 The announcement was made Friday by U.S. Attorney Mike Hurst and Michelle A. Sutphin, Special Agent in Charge of the Federal Bureau of Investigation in Mississippi.

Evans conspired with co-defendant Travious Quinshad Jackson and others to execute a health care fraud scheme involving Health Savings Accounts, using interstate wire communications and the U.S. postal system. The scheme used interstate wire communication via the Internet to send Personal Identification Information of 57 actual people, pretending that they were employees of an imaginary company, to a third party administrator company located in Maryland.

The third party administrator company used the stolen PII to create individualized HAS accounts, and corresponding debit cards, for all 57 employee names, and sent debit cards for each employee name in the mail to Vicksburg addresses.

Evans, assisted by Jackson and others, spent down the debit cards in various stores throughout April and May 2018, buying gift cards, debit cards, and other consumer goods.

The third party administrator in the meantime had learned that there was no money in the bank account that Evans had identified for his fake company, when the company sought reimbursement for the HSA accounts.

On July 10, 2018, using proceeds gained from the health care fraud scheme, Evans bought a 2018 Chevrolet Suburban SUV in Forrest County for $44,335 in cash plus a trade-in vehicle. The Suburban was titled in Mississippi in Evans’s name and remained under that title through and beyond February 2019.

“We in the U.S. Attorney’s Office will remain steadfast in bringing these swindlers to justice, while the public must remain vigilant to such schemes that seek to defraud us of our identities and our money. I commend the FBI agents and our federal prosecutors for doggedly pursuing these fraudsters and putting an end to their criminal enterprise,” Hurst said.

On Feb. 13, Evans appeared before U.S. Magistrate Judge Linda Anderson for his initial appearance and arraignment in this case. Judge Anderson entered an Order permitting Evans to be released on bond pending trial, subject to conditions forbidding travel without prior permission of the Court before leaving the Southern District of Mississippi. Between April 16 and April 20, Evans travelled outside the State of Mississippi without permission of the Court. Also during April and May, while outside the State of Mississippi and on his return to Vicksburg, Evans continued to execute health care fraud schemes using the Internet and the U.S. Mails.

Evans falsely represented himself as leader and manager of an Orlando, Fla., business, seeking to establish health care benefits including HSA accounts for its purported employees.

Evans submitted over the Internet to a third party administrator company located in Minnesota, bank account information for drawing reimbursement, plus employee information for creation of HSA debit cards. The Minnesota company sent some of the debit cards, during the period April 16-25, to Evans at his Vicksburg home address through the U.S. Mail. Evans had requested that the Minnesota administrator fund those HSA accounts up to $91,000.

“Health care fraud is a systemic issue nationwide, costing our country tens of billions of dollars each year,” Sutphin said. “The FBI will continue to pursue those that prey on our health care system and investigate these types of schemes.”

Jackson has already pled guilty and will be sentenced by Judge Wingate on Sept. 16.