Less than one-third of county voters turn out Tuesday 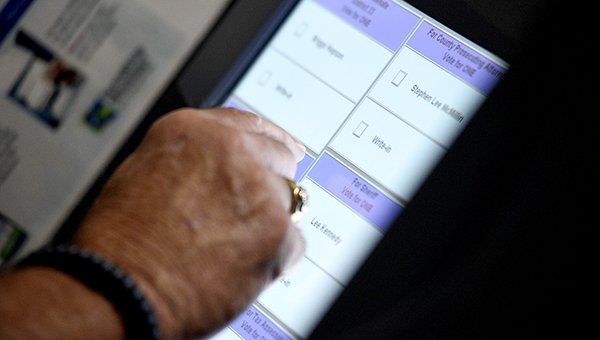 Warren County voters will be called back to the polling places on Aug. 27 for runoff elections. (Courtland Wells | The Vicksburg Post)

According to unofficial returns, Warren County voters did a better job going to the polls for Tuesday’s party primary election than they did four years ago.

The Tuesday night totals do not include the 542 absentee ballots cast in the election.

Election officials began counting absentee ballots about 10 p.m. Tuesday. They are expected to count the contested and affidavit ballots Wednesday.

Warren County Circuit Clerk Jan Daigre said there were no unusual problems during the election, but “the precincts to me seemed slower coming in, but it was a huge ballot; there were so many things.”

The general election will be Nov. 5, with the final day to register being Saturday, Oct. 5.