Voting is a responsibility not to be taken lightly 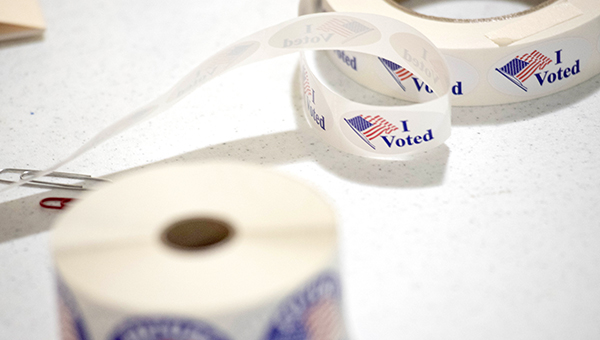 In Wednesday’s edition, we reported the turnout for Tuesday’s election was better than that of the statewide party primaries in August 2015.

How sad is it to think that 32 percent — less than one third — of registered voters in Warren County turned out to cast a ballot Tuesday?

With polling places spread across the county, voter registration guidelines that are easy to follow, plenty of time leading up to the election, and three competitive local races — races that could sway the balance and makeup of the Warren County Board of Supervisors — nearly 20,000 registered voters thought they had something better to do.

Even with polling places being open for 12 hours to give those who work a chance to visit the polls before or after normal business hours, and absentee voting guidelines that give weeks of opportunity to cast a ballot, nearly 70 percent of registered voters decided to let someone else do their job for them. How lazy.

In District 3, where there was a competitive local race for the Democratic nomination for the Warren County Board of Supervisors —three well-known candidates, including the incumbent, were running — only 18 percent of registered voters in that district took 10 minutes to go into a precinct, make a few punches on a touchscreen and perform their civic duty.

In three weeks, on Tuesday, Aug. 27, voters will be called back to the polls again, this time settling some local and statewide nomination races that were forced into a runoff.

Runoffs traditionally have lower turnout than primaries or general elections, so there’s no telling how far down we should set the bar for turnout in Warren County.

Have people today forgotten the lives that were sacrificed, the movements that were waged and the political warfare that has gone into providing our opportunity to vote? Have we become soft in our civic responsibility, simply wanting what government can give us without having to do the work of shaping the government we ask things from?

It does not cost anyone money to go vote. That debt has already been paid.

All it takes is time, which is a cheap price to pay for having a say in our democracy.