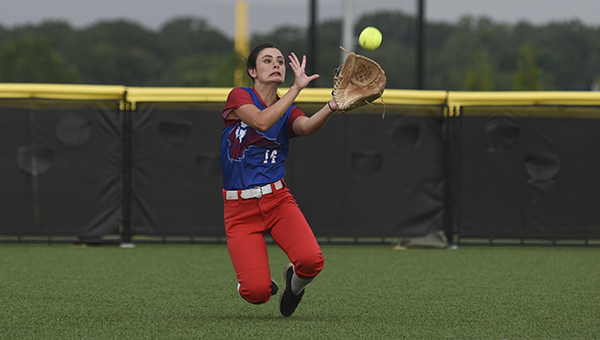 Warren Central played pretty well for some stretches of Thursday’s slow-pitch softball season opener. There were also some downturns that cost them.

The Lady Vikes left 10 runners on base — including the bases loaded in the bottom of the eighth — went three innings without a hit, and committed three errors in a 6-5 loss to Brookhaven at Sports Force Parks on the Mississippi.

“Overall, not bad. We didn’t hit the ball like we needed to, but defensively we played fairly well,” Warren Central coach Dana McGivney said. “There were a couple of things in the beginning that we didn’t do like I wanted but we’re working hard. That’s going to be our focus all season is defense. I’m not mad about it. There were a couple of places where, if we could have just gotten a hit to drop in, we could have won. It wasn’t bad for our first game.”

Kayleigh Beard went 2-for-4 with a double and a run scored for the Lady Vikes. She led off the second inning with a single to ignite a three-run rally that put Warren Central ahead 4-2.

Brookhaven struck right back with a two-run home run by Lynsey Nations that tied the game at 4 in the top of the third, and then the Lady Panthers took advantage of some mistakes by Warren Central late in the game.

Three walks, including one to Angel Wilkinson with the bases loaded, put Brookhaven ahead 5-4 in the fifth inning. After Warren Central tied it and the game went to extra innings, Wilkinson led off the eighth with a double, went to third on a misplayed grounder, and scored the go-ahead run on a sacrifice fly by Lauren Coghlan.

Warren Central had a chance to win it in the bottom of the eighth, but could not come up with a timely hit. The first two runners reached base and then the next two lined out. Bri Daughtry singled to load the bases with two outs, and then Kallie Page grounded out to first base to end the game.

Warren Central will play its next three games on the road — Saturday at Lake, Monday at Bogue Chitto, and Tuesday at Richland — before returning to Sports Force Parks on the Mississippi to host the Warren Central Tournament on Aug. 17.

All of the home games for both Warren Central and Vicksburg High this season will be at Sports Force Parks while their home fields are renovated.

Porter’s Chapel 2, Central Hinds 1
Hannah Embry drove in the go-ahead run with a single in the bottom of the sixth inning, and also pitched two innings of scoreless relief to lead Porter’s Chapel Academy to a 2-1 fast-pitch softball victory over Central Hinds on Thursday.

Abby Morgan started in the circle for PCA and allowed one unearned run in five innings. She struck out four batters and walked none.

Embry worked the last two innings and had three strikeouts — two of them in the seventh inning after she surrendered a one-out walk.

PCA’s winning rally started when Storey Kirklin led off the sixth inning with a double. Jill Smith came in to run for Kirklin, and scored on Embry’s hit to center field.

PCA’s other run came in the third innin, when Katie Tillman scored on a wild pitch.