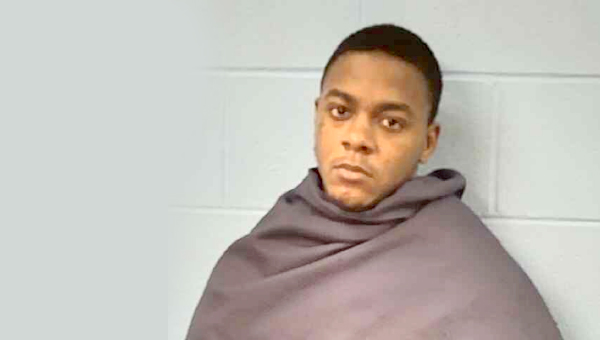 Bond has been set at $300,000 for a Vicksburg man wanted in connection with the shooting of a teenager in the parking lot of JP&K Foods Convenience Store, 2607 Halls Ferry Road.

Municipal Judge Angela Carpenter set the bond for Tony Dewayne Smoots Jr., 20, 502 Farmer St. at an initial appearance Friday in Municipal Court. He is charged with aggravated assault and drive-by shooting in the April 19 shooting that injured the teen.

Smoots became a fugitive when he left the state after the shooting and remained on the lam until June 30, when he was arrested in Comanche, Okla., after a traffic stop. He waived extradition and was transported to Vicksburg by Prisoner Transport Services to face charges.

He was arrested by police after arriving in the city Thursday.

Smoots is accused with Darion Turner, 18, 1314 South St., in the shooting of Jamario Hawkins, 18, who was wounded in the April 19 incident. Turner is charged with aggravated assault in the shooting and remains in the Warren County Jail in lieu of $100,000 bond.

According to reports, officers responding about 10:09 p.m. April 19 to a shooting at the store arrived to find Hawkins with a gunshot wound to the chest.

Witnesses told police the argument between Hawkins and Turner became physical. Turner and Smoots reportedly returned to the Dodge Charger and sped off, and several gunshots were fired from the vehicle.

At the time of the shooting, he was out on bond on a charge of aggravated assault-extreme indifference in a June 2, 2018, shooting that occurred at the K&B Lounge off U.S. 80 in the county.

Ninth Circuit District Attorney Ricky Smith said a motion to revoke the bond on the county charge has been filed and could be heard next week.