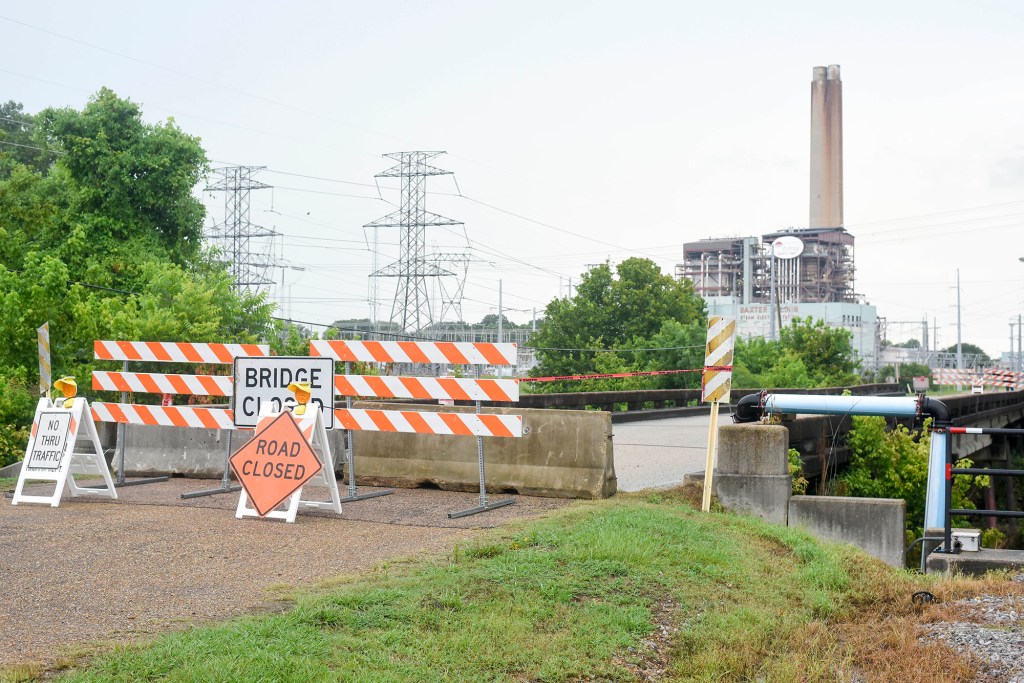 The Baxter Wilson Power Plant is seen in the distance, in front of the destroyed Kemp Bottom Road Bridge, in 2017. (File/The Vicksburg Post)

A potential decision by the Mississippi Department of Revenue to devalue, or assess at a lesser value, Entergy’s Baxter Wilson power plant could affect the anticipated revenues for the city, Warren County and the Vicksburg Warren School District.

The Department of Revenue is responsible for assessing the value of all public utilities in the state, Warren County Assessor Ben Luckett said.

In fiscal 2019, the total assessed value for all utilities in the county for tax purposes was about $104.76 million. If Baxter Wilson is devalued, county administrator John Smith said, that total will drop to an estimated $71.866 million, a difference of $32.89 million.

The reason for the reduction, Luckett said, is Baxter Wilson is no longer operating at full capacity.

“They lost 60 percent of their generating power, so the plant is operating at 40 percent,” he said. “With that reduction and the plant not operating at full steam, they (the state) devalued it.”

Entergy customer service representative Shelia McKinnis said Entergy retired the generating unit at the plant in June 2018. There are no immediate plans to replace it.

News of Baxter Wilson’s potential drop in value comes as the Warren County Board of Supervisors and the Board of Mayor and Aldermen are developing their fiscal 2020 budgets and will approve them in September. The school district approved its 2020 budget in July.

Smith said he learned about the state’s plan Aug. 8 from Luckett.

“I don’t know if they have made a decision or not,” Smith said.

Smith said he is unable to complete the county budget until he receives the assessed utility values, which he said are usually released the third week in August.

“We are not going to raise (county) taxes,” Smith said. “We are going to cut.”

“I think our assessment is much lower than anybody,” he said. “I believe our impact is going to be about $1.4 million (less).

“It means we’ll have to reduce the projected revenue by that much,” Flaggs added. “If they (the state) come with a number lower than last year, we’ll have to adjust. You can’t budget what you don’t have.”