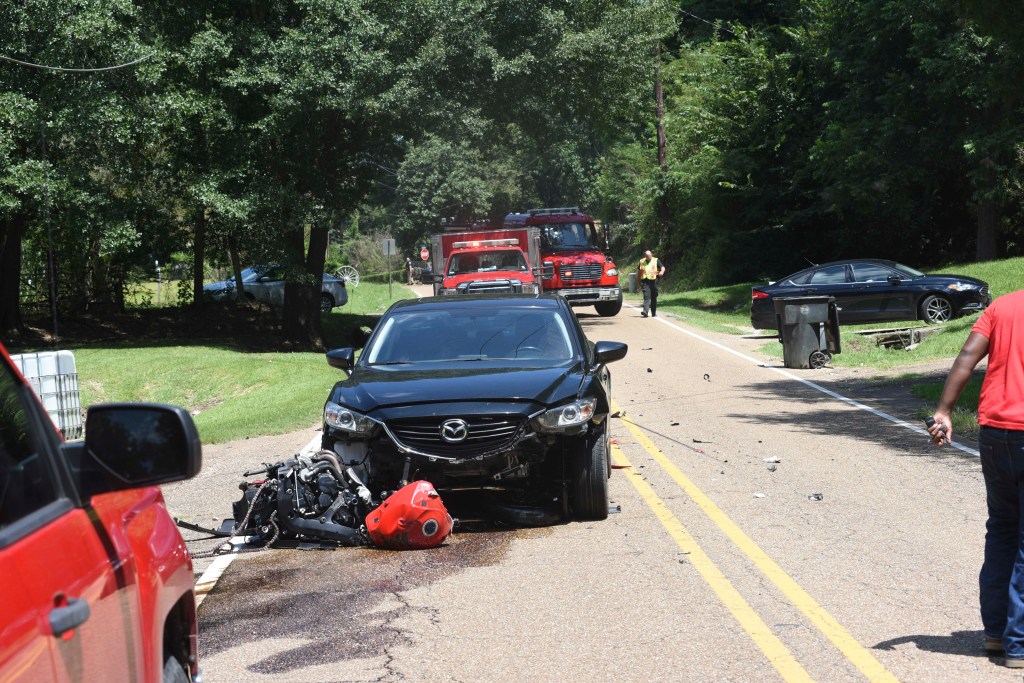 County Emergency Services respond to a scene where a vehicle and motorcycle collided on Gibson Road just before 2 p.m Friday. Both parties were examined by medical personnel and the motorcyclist was transported to River Region. (Courtland Wells/The Vicksburg Post)

Two Warren County residents were taken to the hospital Friday after a wreck on Gibson Road involving a motorcycle and a car.

Warren County Sheriff Martin Pace said 22-year-old Malik Wilson was riding a Suzuki motorcycle eastbound in the 4700 block of Gibson Road when he veered into the westbound lane and hit the front of a Mazda sedan driven by 35-year-old Latoya Williams.

Wilson was wedged under the front of the car during the wreck and removed by emergency responders. He was taken to River Region Merit Health and later transported again to University of Mississippi Medical Center in Jackson. Wilson’s condition was not available, but Pace said he was “conscious and talking at the scene and at the hospital.”

Pace added that Wilson was wearing a helmet at the time of the crash.

Pace said alcohol did not appear to be a factor in the wreck. The crash is under investigation by Sgt. Jessie Tilly.